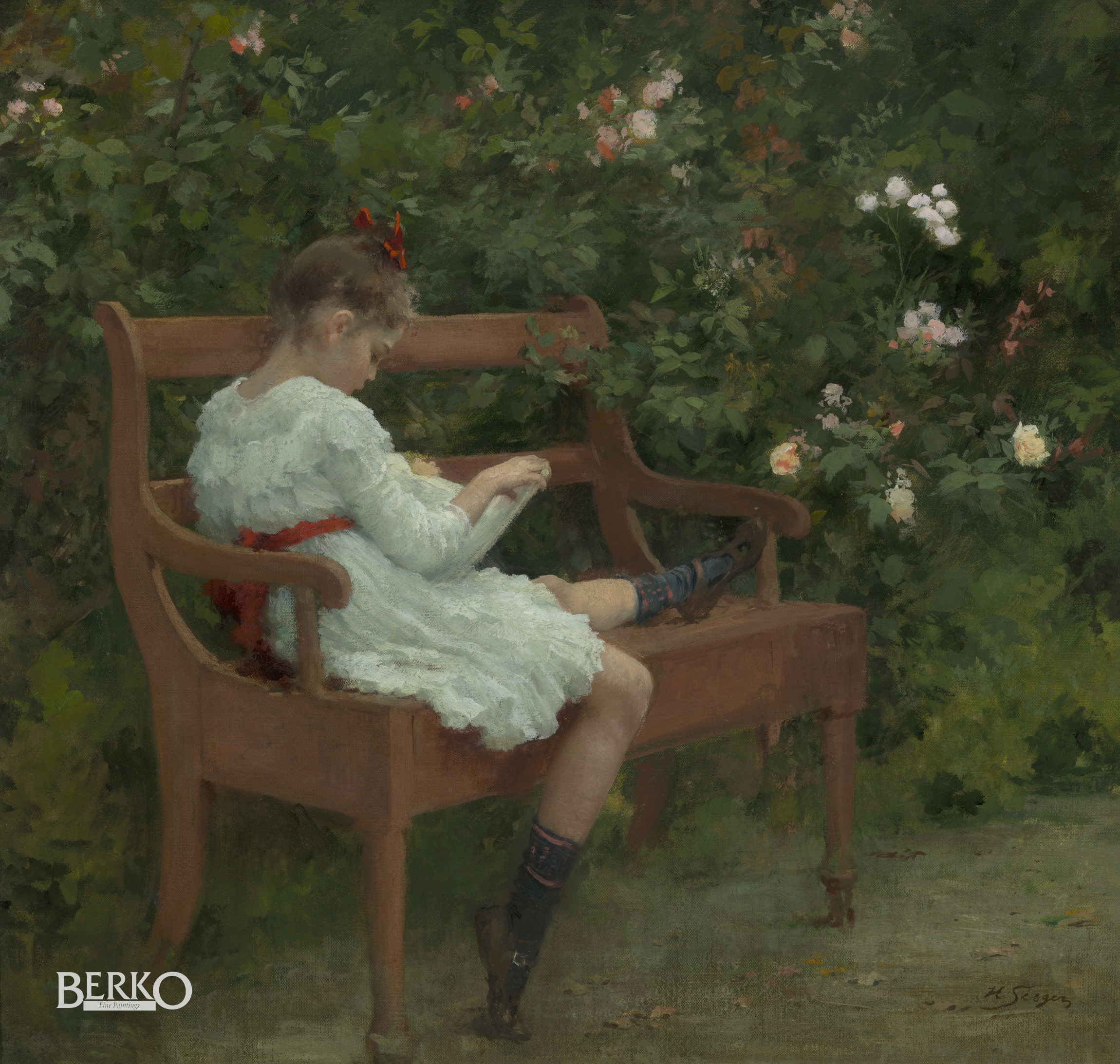 Hermann Seeger was the son of a master tailor. An imprisoned French officer who lived with his parents after the French-German War (1870-1871) recognized his talent and gave him a painters’ box.

In 1875 Seeger became a student of philology in Halle. From 1878 to 1879 he was a member of the Fridericiana choir. After his studies in Halle, he obtained his doctorate in old French literature and became a teacher in Halberstadt. He then became a pupil of Paul Thurmann and Karl Gussow at the Academy of Fine Arts in Berlin, while his wife took classes at the College of Music and Vocals.

Hermann Seeger was active in Berlin and well known for his paintings of girls, especially his two daughters, Ilse and Hildegard, playing or resting in a garden or in the dunes of the Baltic Sea coast.