Home / Catalogue / A LESSON AT THE RUDDER – TROUVILLE 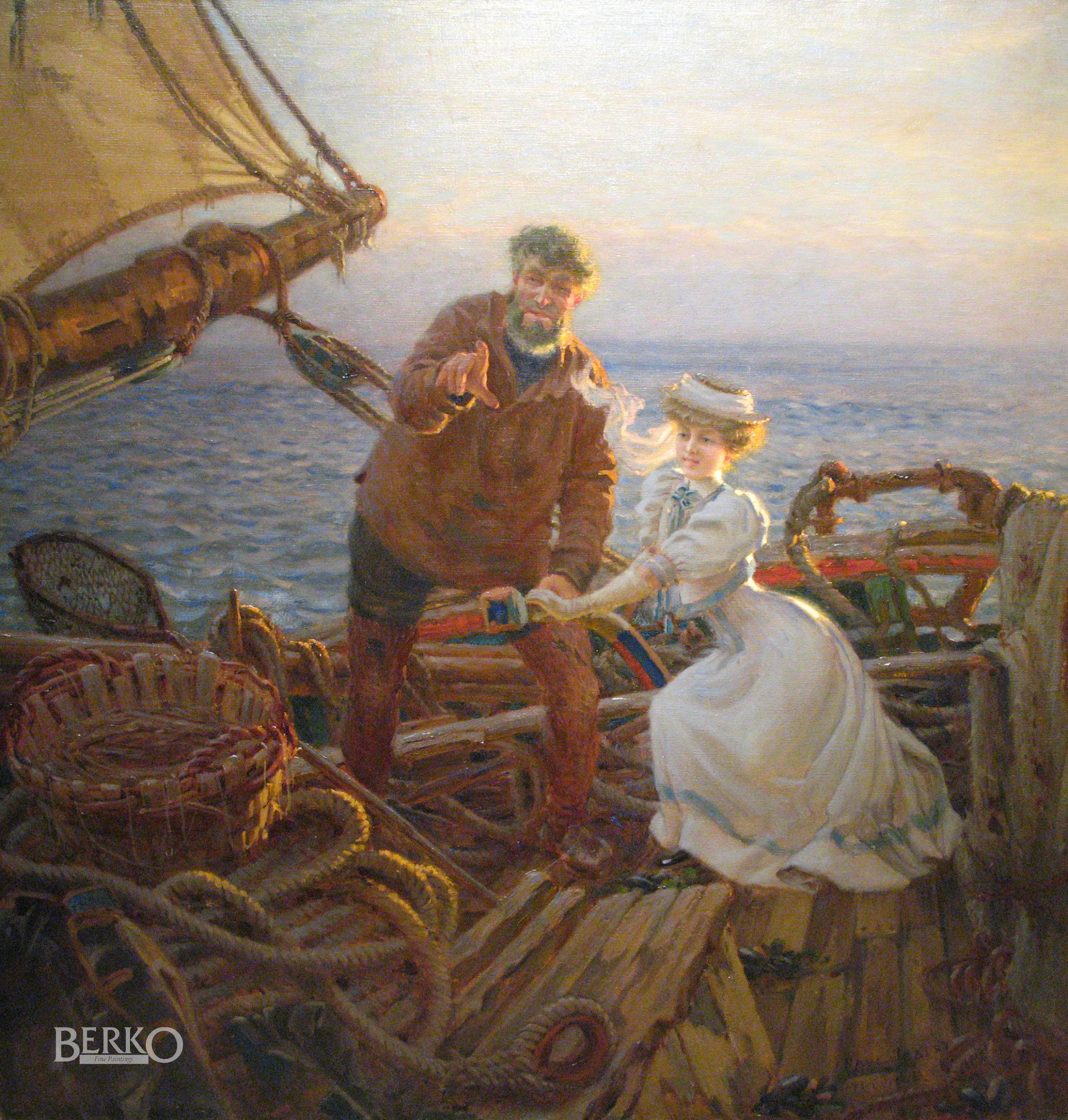 A LESSON AT THE RUDDER – TROUVILLE

Paul Jobert was a pupil of Jules Bastien-Lepage, Jules Lefebvre and Benjamin Constant. A painter of the Navy and vice-president of the National Society of Marine Art, he used generous brush strokes to depict coastal scenes and storms, as well as harbours under a setting sun, given rythmic form by judicious light effects.

His work was very popular in the USA, where he had solo exhibitions in New York in 1896 and 1897 and another in Philadelphia in 1897. In 1908 he was made Chevalier of the Légion d’Honneur and later Officier.

He participated ‘hors concours’ at the 1906 Paris Salon with this particular painting, “A Lesson At The Rudder – Trouville” (N° 870).