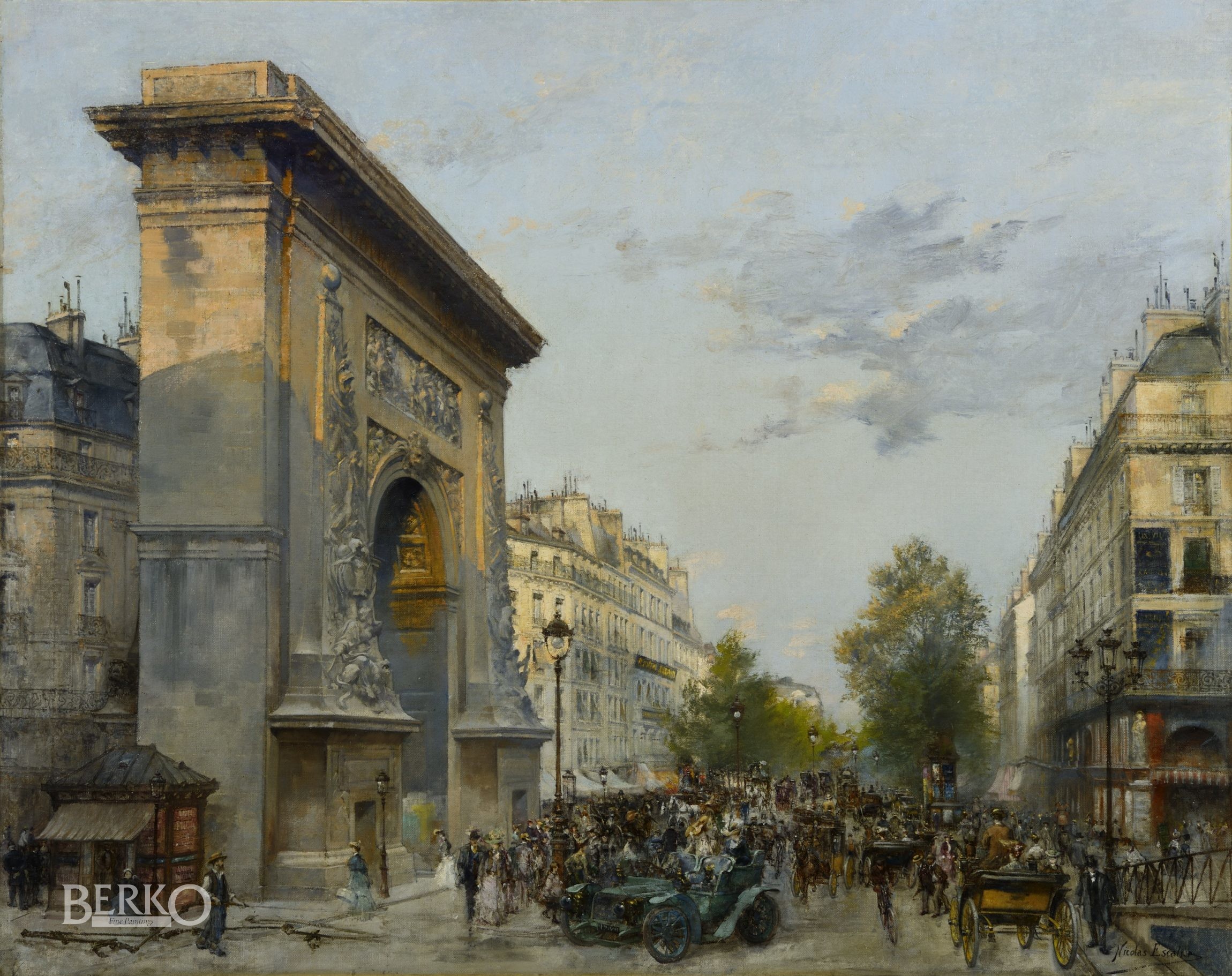 Nicolas Félix Escalier was a pupil of Jules André and Robert Delaunay at the Ecole des Beaux-Arts. He initially studied architecture before devoting himself to painting from 1873 on. He exhibited fairly regularly at the Salon, gaining two honorable mentions in 1876 and 1878, followed by a second class medal in 1884. He was awarded the Légion d’Honneur in 1900 and was a member of the Société des Artistes Français.

Escalier was particularly renowned for his beautifully handled decorative panels.