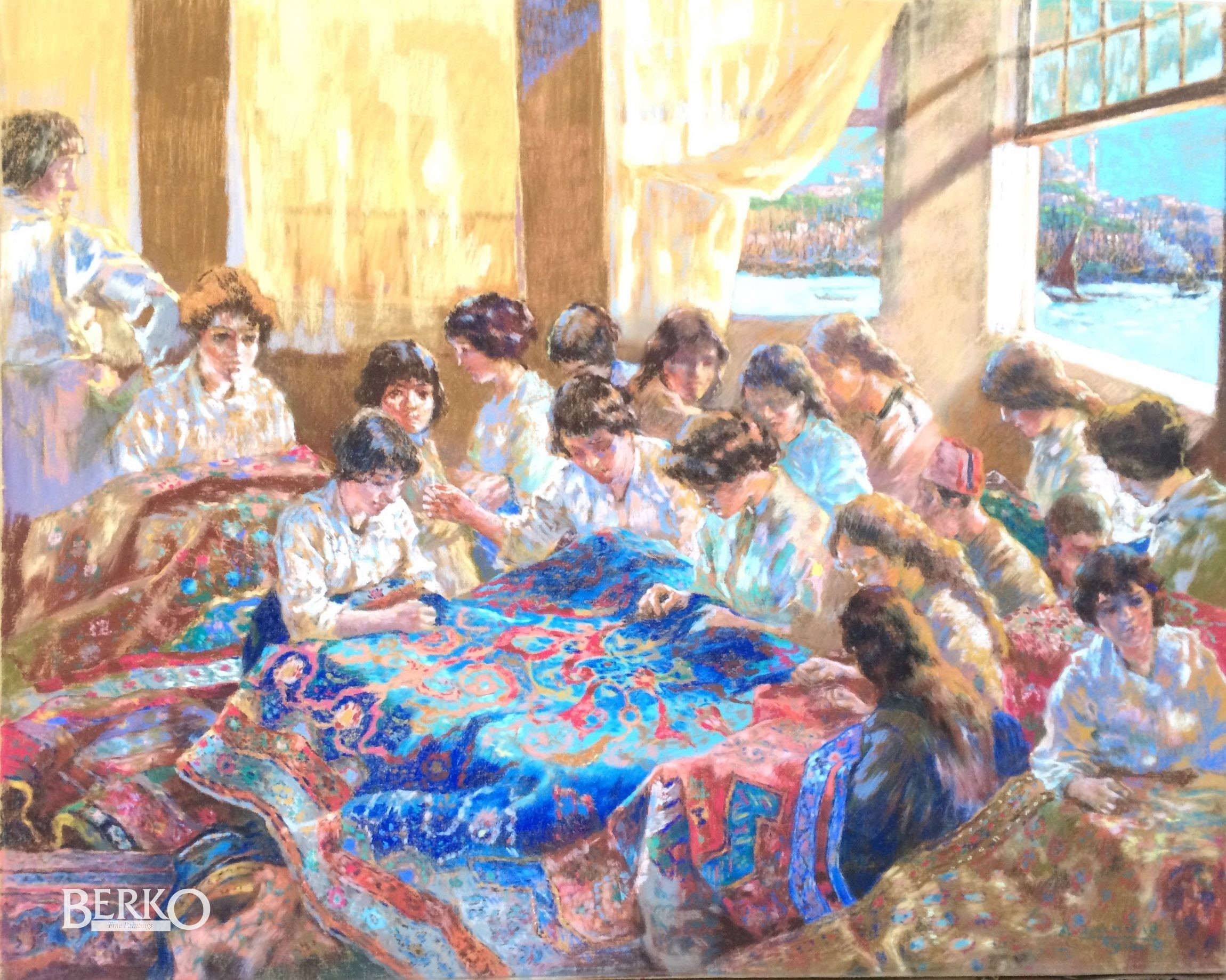 Alexandre Lunois began working as a lithographer from 1882; he produced his own work from 1885. He perfected the art of lithography using a paintbrush. In 1888, having been awarded a bursary, he visited Belgium, Holland and Spain, where he stayed in Sevilla and Granada. From Spain he went to Morocco, where he visited Tangiers and Fez. He then travelled to Italy, Sweden and Norway and later on to Turkey. He showed the paintings he brought back from his travels in a solo exhibition in Paris. He exhibited at the Salon des Artistes Français in Paris, successively winning a commendation in 1882, a third-class medal in 1883, a second-class medal in 1887, a silver medal in 1889 and the Légion d’Honneur in 1896. He was a member of the jury of the Exposition Universelle in Paris in 1900 and exhibited hors-concours.

He produced covers for books, magazines and posters. He also made lithograhic illustrations for books, including “La Légende dorée” (“The Golden Legend”) by Jacopo de Voraigne in 1896, “Fortunio” by Théophile Gautier in 1898, “Austerlitz” by Baron de Marbot in 1905 and “Mateo Falcone” by Prosper Mérimée in 1906.

From his journey to Morocco in 1888 he brought back many paintings and studies. Later when he travelled to Turkey he came home with beautiful works of figures and subjects typical of the region.