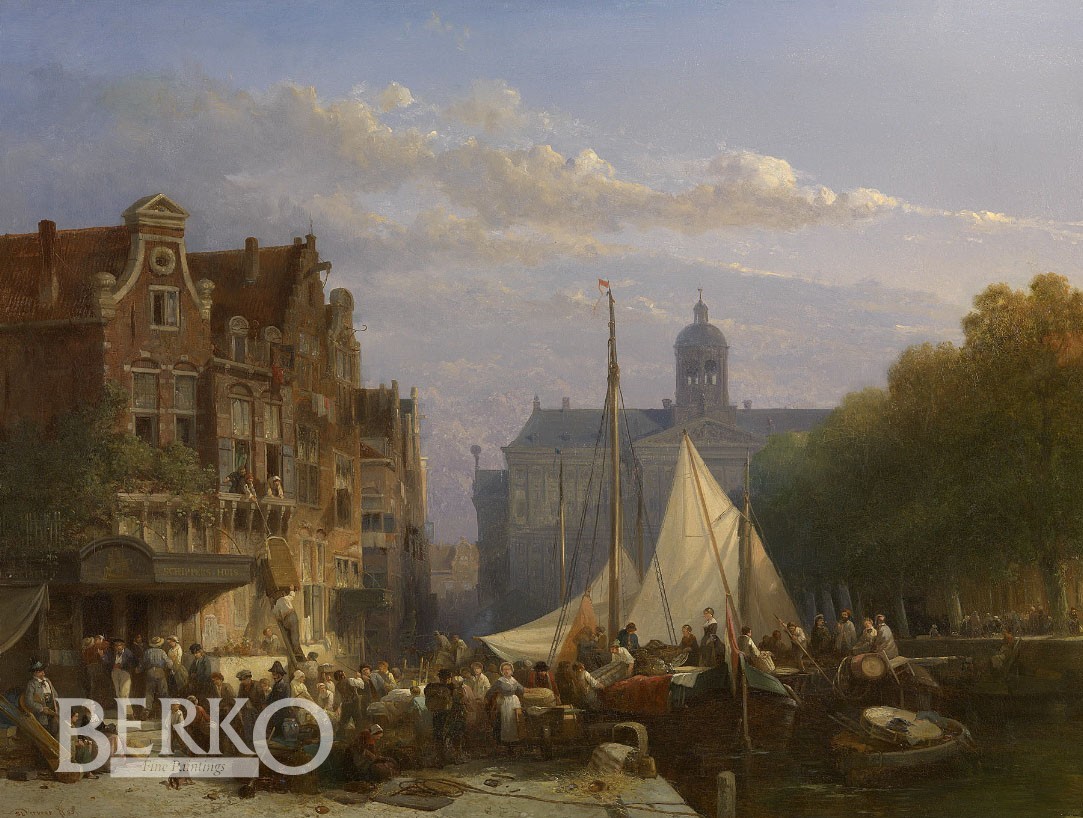 Painter of harbour scenes and town and village views; watercolourist, engraver and lithographer.

Salomon Leonardus Verveer was a pupil at the The Hague Academy from 1839 to 1843, under B.J. Van Hove. He worked in The Hague and visited Germany and France. He became a member of the Royal Academy in Amsterdam in 1845 and the ‘Pulchri Studio’ in The Hague. In 1852 he elaborated on the town views of P.G. Vertin. He collaborated with his brother, Maurits Verveer, and exhibited between 1832 and 1876 in Amsterdam, Groningen, Rotterdam and The Hague.