Home / Catalogue / AT THE SEASIDE 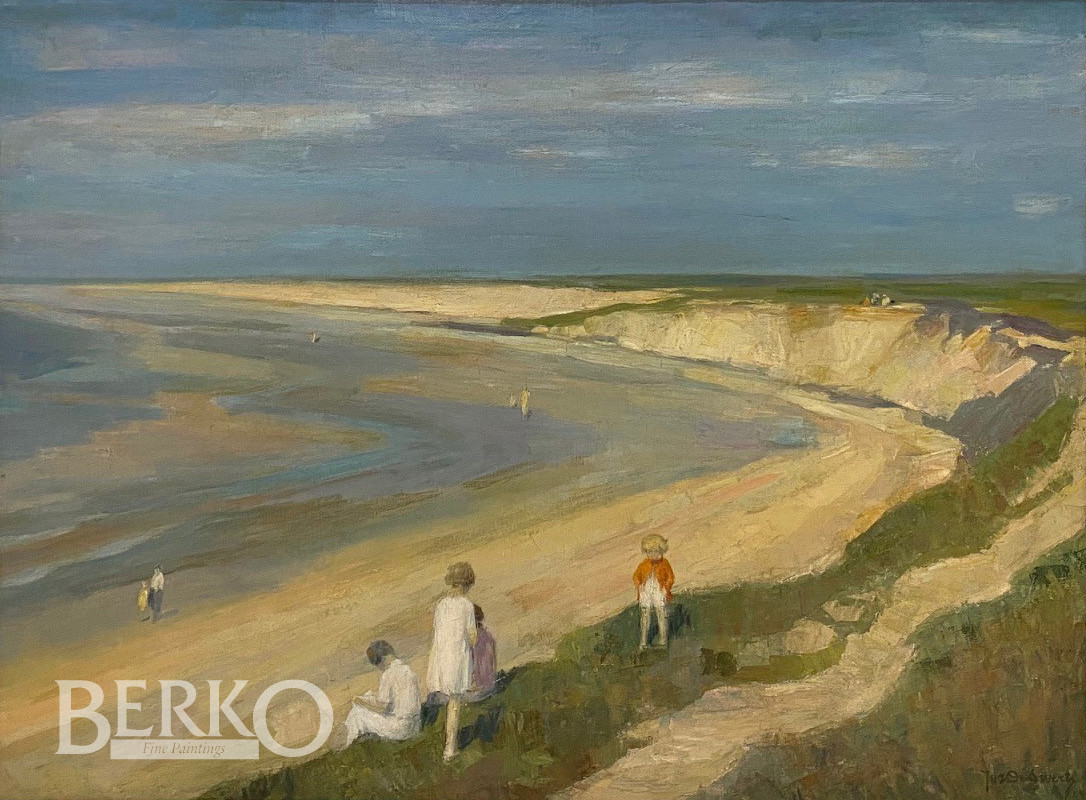 Joz De Swerts trained at the Academy and the Higher Institute in Antwerp. He was wounded in World War I at the Battle of Halen. His convalescence took place in Le Havre where he painted many portraits. Until 1928, he was active as a fashion designer. He then established himself as an independent artist.

In broad strokes of a brush or trowel, he painted seascapes, views of the Scheldt, portraits and still lifes, often with pewter dishes, dead birds and fruit. He builded a renown as a political and public cartoonist notably in “De Standaard”, “Pallieter” and “Ons Volk Ontwaakt”.

See on the back of the exhibited painting several handwritten labels including one from the Akos Exhibition in 1931.