Home / Catalogue / AT THE TEA ROOM 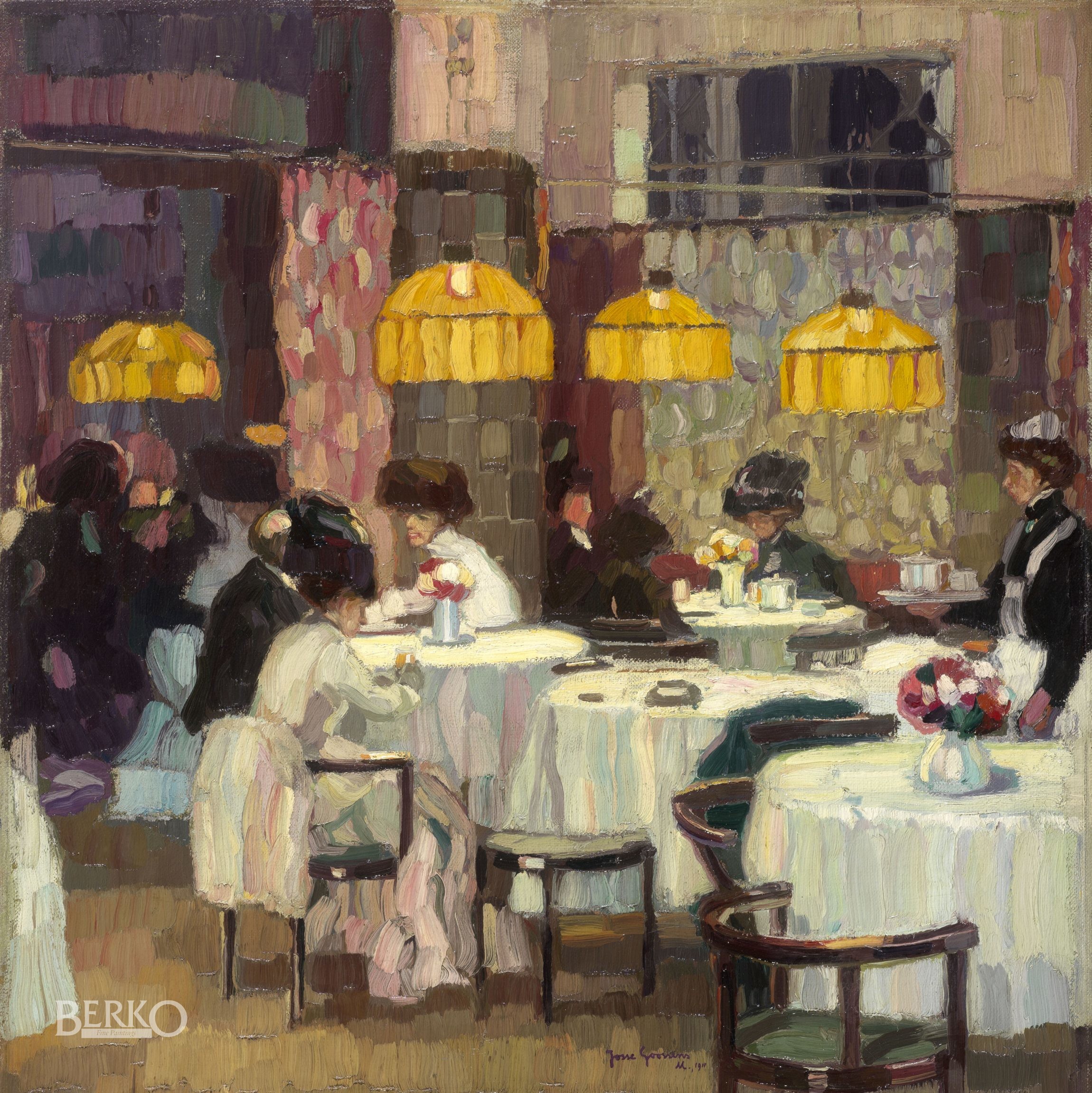 AT THE TEA ROOM

Josse Goossens was of Flemish origin. He was a pupil of Kampf and Von Gebhardt at the Düsselfdorf Academy; later on he studied with Claus Meyer. He worked in Düsseldorf-Oberkassen and, from 1911 on, in Munich.
In the beginning Goossens painted in the style of the Düsseldorf genre painters, but he quickly switched to bright colours. Soon he strove to perfect his wall paintings, which were peaceful and completely opposite to his colourful and vibrating paintings. After he moved to Munich, he came under the influence of the ‘Scholle’ movement.