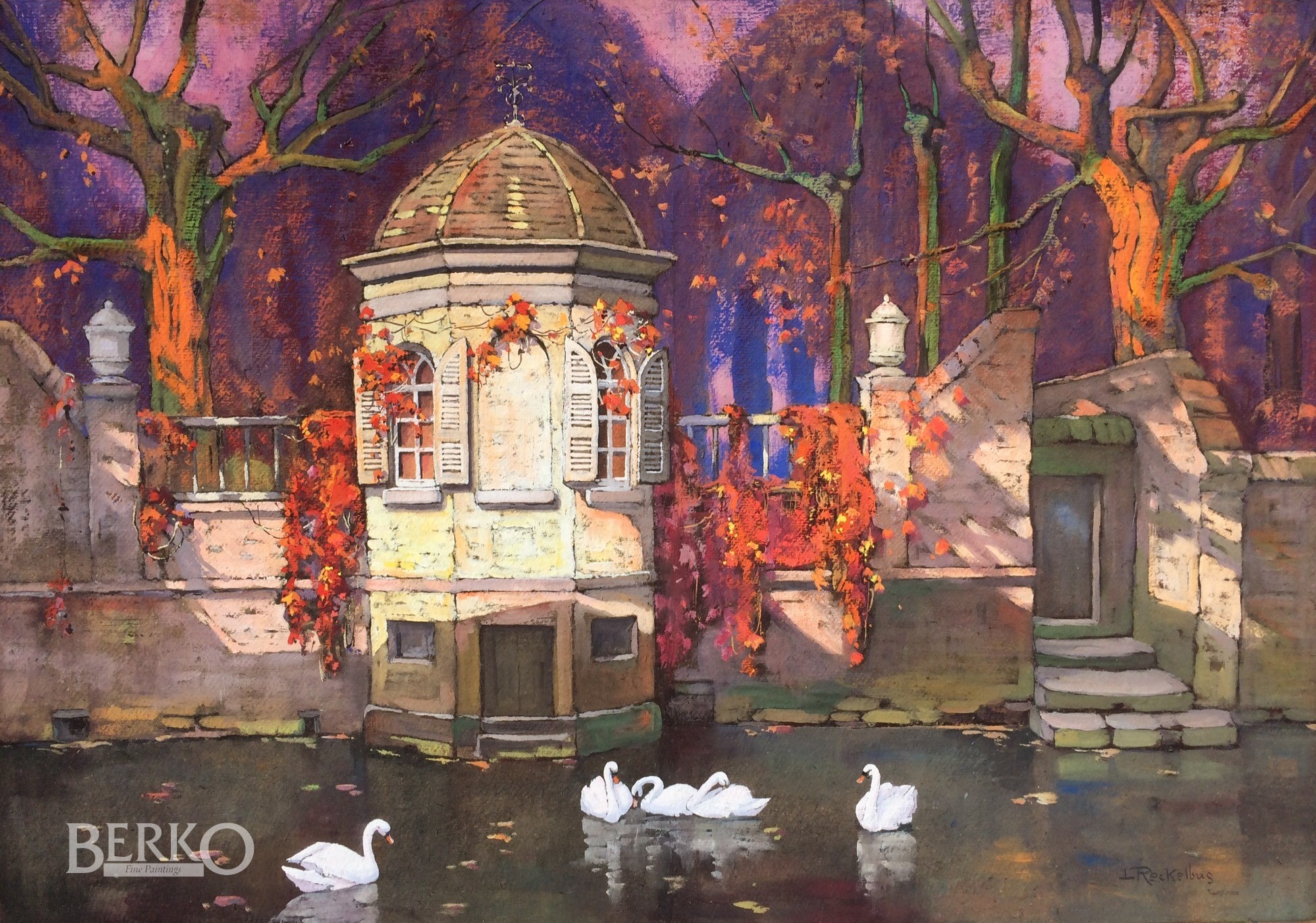 Louis Reckelbus was born in Bruges on March 26, 1854 and also died there on September 18, 1958. He was the son of Joseph Reckelbus, a police officer, and Anne-Thérèse Pannier, a lace worker. He studied with Edmond Van Hove and Antoon Joostens at the Academy of Fine Arts in Bruges, but was mostly self-taught. In 1884 he became a clerk in the Belgian postal service. During the First World War, he moved to Saint-Ives, Cornwall.
He developed mainly as an artist, especially as a pastelist and watercolourist. He participated in numerous exhibitions and acquired quite a name in Bruges and abroad. His modest professional activity did not prevent him from having a great reputation as an artist. He became a member of the Honorary Committee of the Liege Universal Exhibition (1936), a corresponding member of the Royal Society of Fine Arts, a member of the ‘Oudheidkundig Genootschap’ of Bruges, a member of the ‘Stedelijke Commissie voor Stedenschoon’, member of the jury of art exhibitions in Brussels (1907, 1910). , 1930), Milan (1925), London (1926 and 1927) and Copenhagen (1931) and a member of the Chat-Noir, an art lovers’ association founded in 1894.

His landscapes are particularly sought after by collectors. He was an excellent pastellist and watercolorist.

Reckelbus was curator of the Bruges Museums from 1930 to 1954 and was replaced by the first professional curator, Aquilin Janssens from Bisthoven.