Home / Catalogue / CAPE MISENO AT THE BAY OF NAPLES 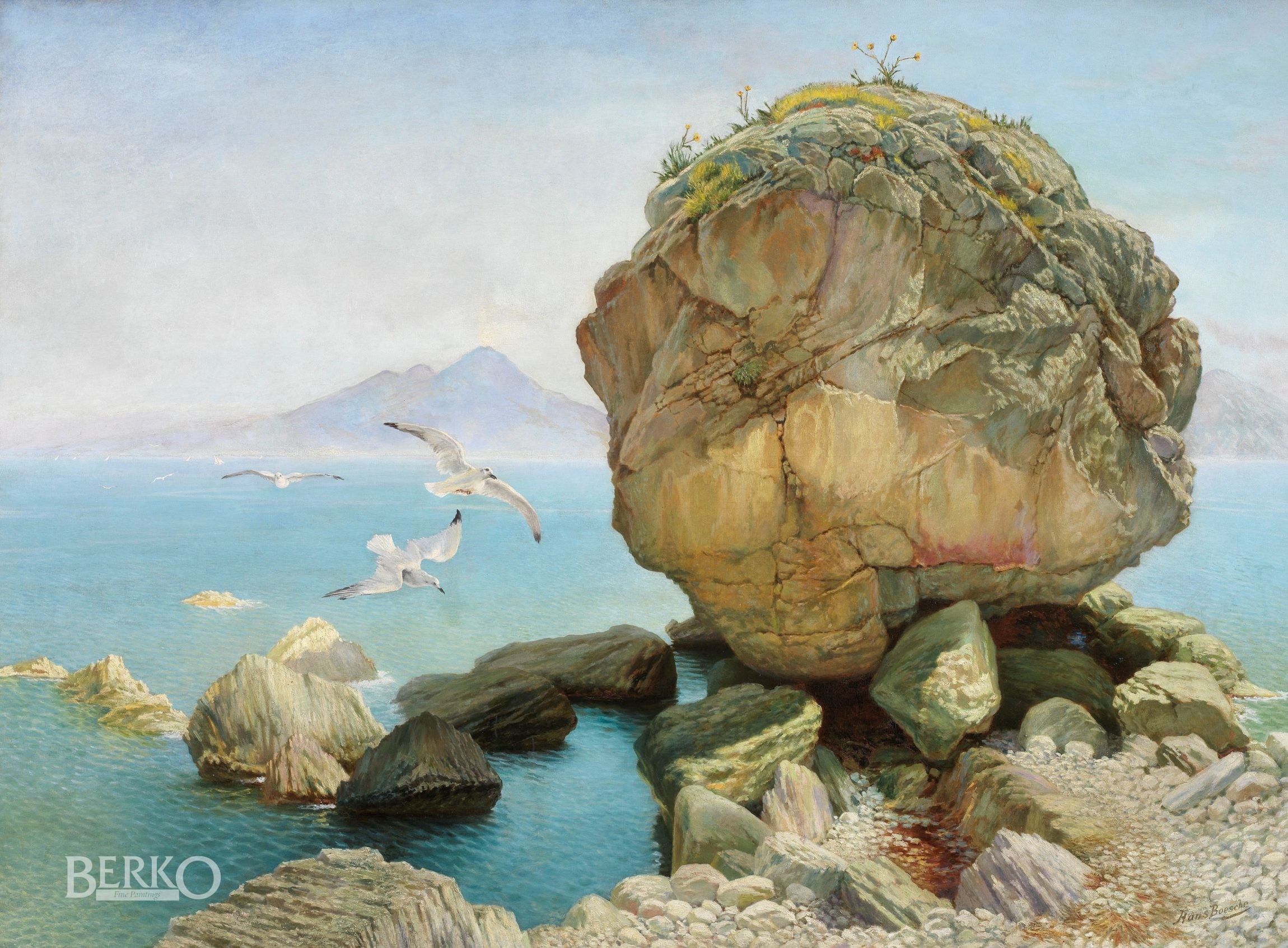 CAPE MISENO AT THE BAY OF NAPLES

Hans Boesche was born in Germany in the nineteenth century. He visited Italy in search of the most beautiful landscapes.

Boesche especially used his talent for the depiction of landscapes.

Miseno, known in ancient times as Misenum, is the site of an ancient port in Campania, in southern Italy. Nearby Cape Miseno marks the northwestern end of the Bay of Naples.In ancient times, Misenum was the largest base of the Roman navy, since its port (Portus Julius) was the base of the Classis Misenensis, the most important Roman fleet. It was first established as a naval base in 27 BC by Marcus Agrippa, the right-hand man of the emperor Augustus. With its gorgeous natural setting close to the naval base and the nearby important Roman cities of Puteoli and Neapolis, Misenum became the site of Roman luxury villas.

According to mythology, Misenum was named after Misenus, a companion of Hector and trumpeter to Aeneas. Misenus is supposed to have drowned near here after a trumpet competition with the sea-god Triton, as recounted in Virgil’s Aeneid (Book VI, 221-235).

The famous Mount Vesuvius is visible across the Bay of Naples.

Period:
Born in the middle of the 19th Century
German School