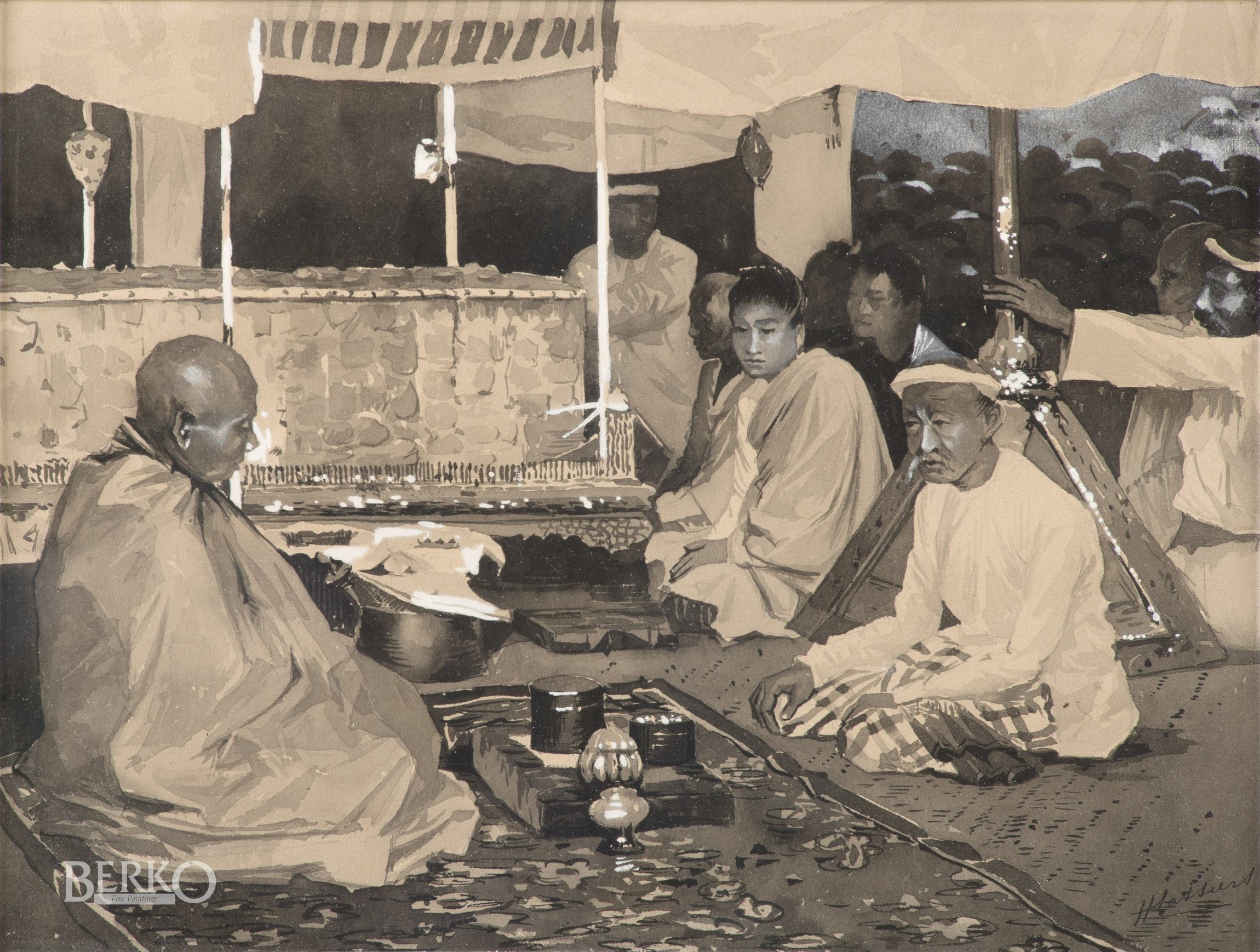 CEREMONY IN THE INDONESIAN TEMPLE

Henry Cassiers attended classes at the Fine Arts Academy of his birth-place and received advice from Henri Stacquet. He worked a lot in Flanders and in The Netherlands, especially in Zealand. He illustrated several de luxe books which are much sought after by book-lovers. He was the president of the Royal Belgian Aquarellists Society. He also produced numerous artistic posters and colour prints. His work was extremely abundant and varied and he had a very good sens for light.

Henry Cassiers’ renown as a watercolourist is worldwide. James Ensor considered him to be the ‘Prince of the Belgian watercolourists’.