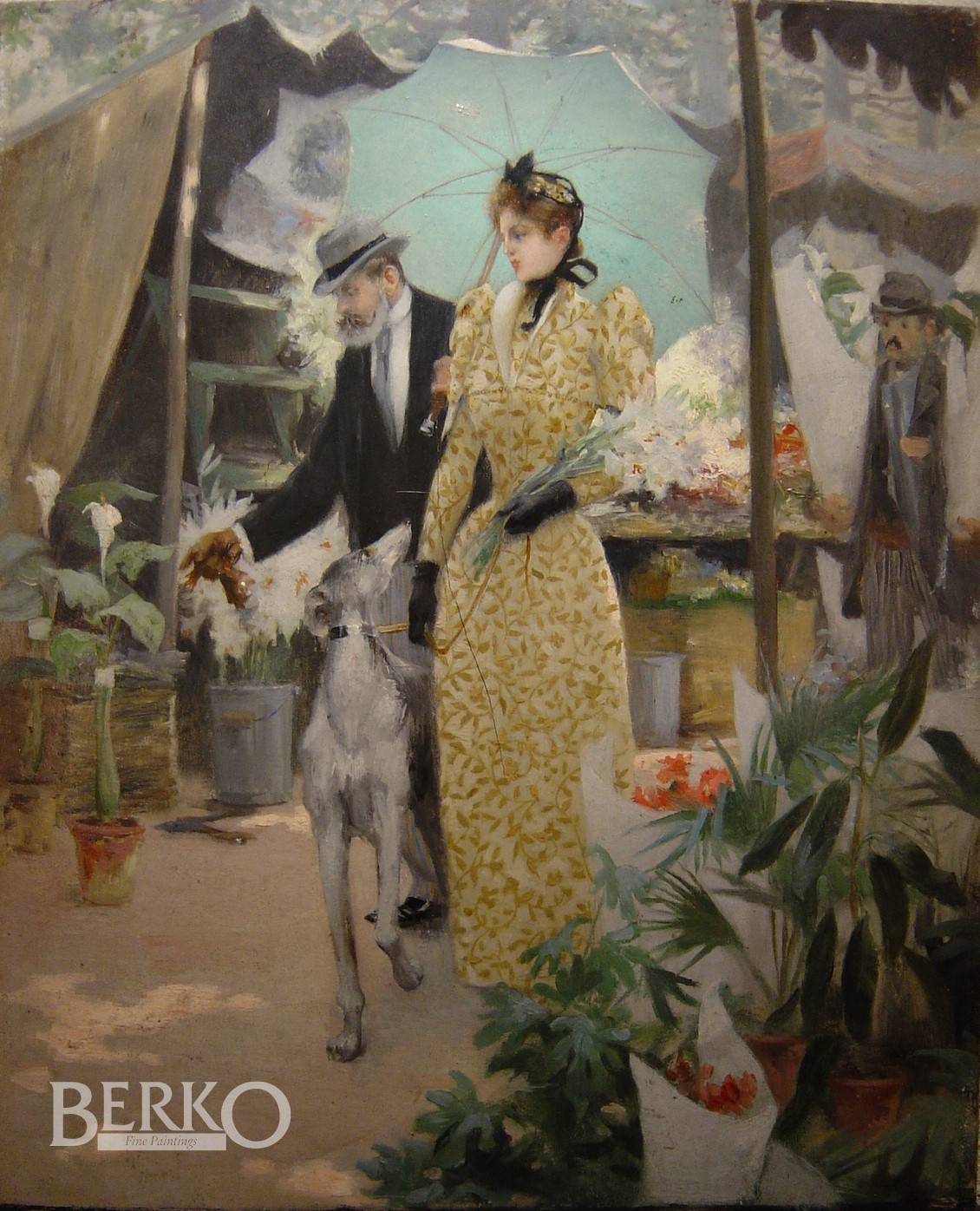 Until 1890, Louis Abel-Truchet was a tradesman by profession, but he went on to become a pupil of both Jules Lefebvre and Benjamin Constant at the Académie Julian. He joined up voluntarily in 1914, at the age of 57, as a lieutenant in the First Engineers Regiment and took command of a camouflage unit. He was later awarded the Croix de  Guerre, as well as the Légion d’Honneur, which he had already received as a civilian.

From 1891, he exhibited at various Salons, notably at the Salon d’Automne and the Société des Humoristes, of which he was both founder and treasurer, the Société Nationale des Beaux-Arts,  where he became a member in 1910, and the Salon des Artistes Français, where he showed outside the main shows until 1910. Two of his paintings were featured at the 1919 Salon d’Automne, in an exhibition devoted to artists who died in World War I.

Abel-Truchet was a painter of genre scenes, portraits and landscapes, including views of Paris (particularly Montmartre), Venice, Padua, Siena, Marseilles, Monte Carlo, Avignon and Tunis, and employed an impressionist technique. He also depicted still-lifes and gardens and made many engravings in both black-and-white and colour.