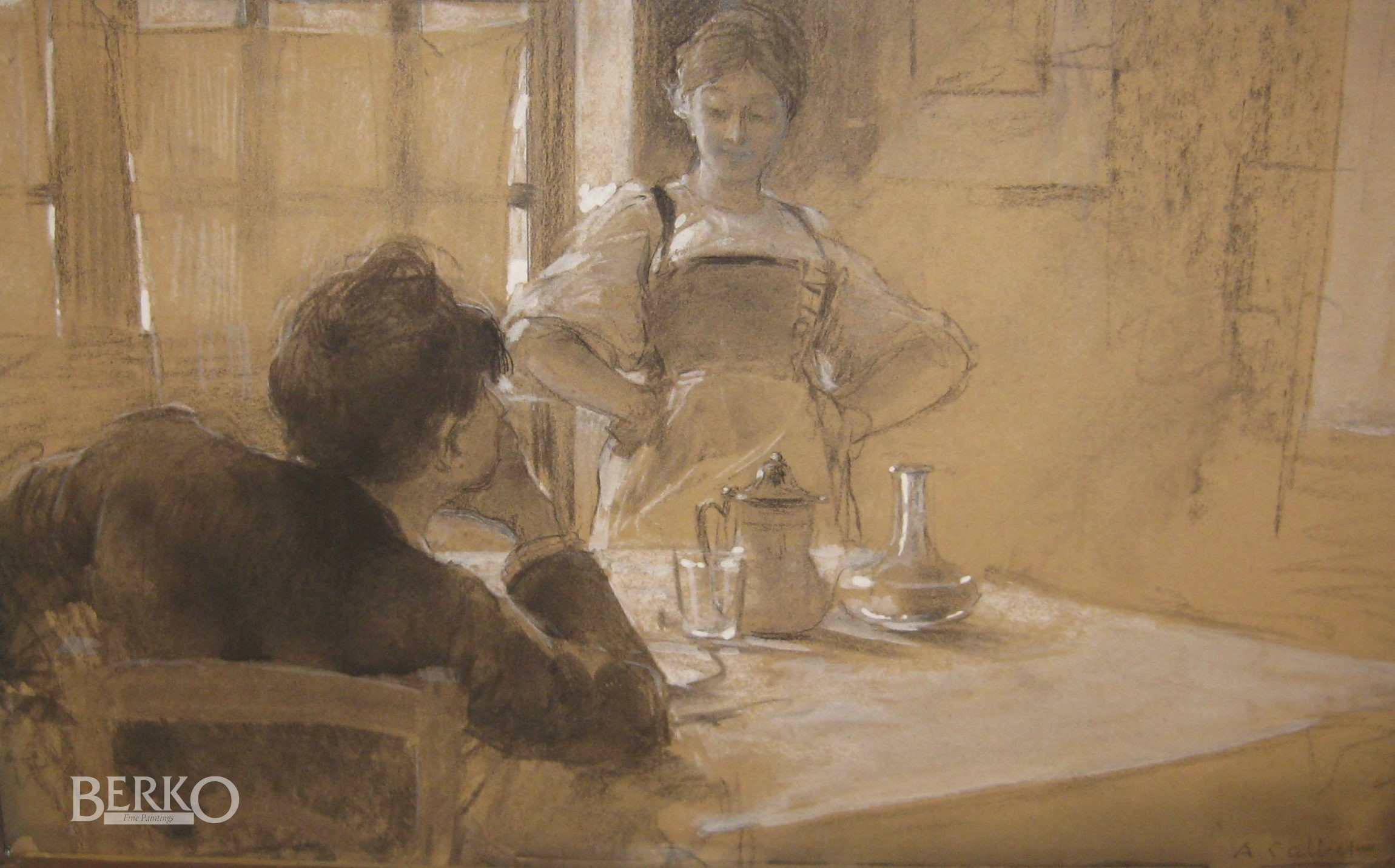 Antoine Calbet studied under Michel, Alexandre Cabanel and the genre painter Edouard Antoine Marsal. He exhibited on a regular basis from 1880 at the Salon des Artistes Français, of which he became a member. He was made an Officer of the Légion d’Honneur and was awarded medals at Paris Salons in 1891, 1892 and 1893, together with a silver at the Exposition Universelle of 1900.

Antoine Calbet was first and foremost a portraitist and genre painter, but he also demonstrated his talent as a watercolourist and an illustrator.