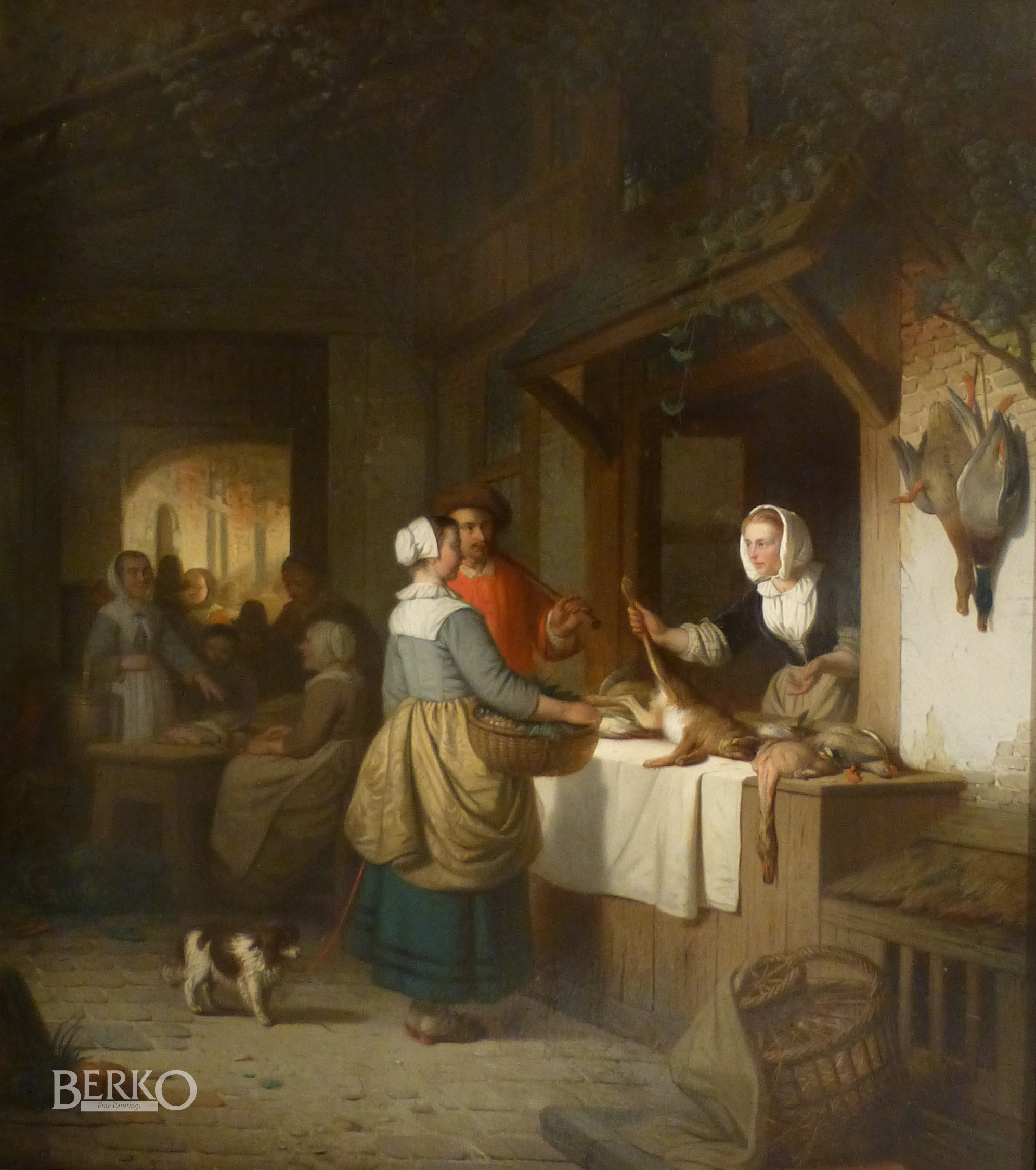 Adrien de Braekeleer was born in Antwerp on March 1, 1818 and died in Borgerhout on April 5, 1904. He was the nephew and a pupil of Ferdinand De Braekeleer. His brother Jacques was a sculptor. In 1874 he exhibited at the Ghent Salon. He was also a regular participant at the Antwerp Salon. From 1849 till 1891 he mainly painted kitchen scenes and other preferred subjects like blacksmiths. He was influenced by the masters of the 17th Century and Henry Leys.