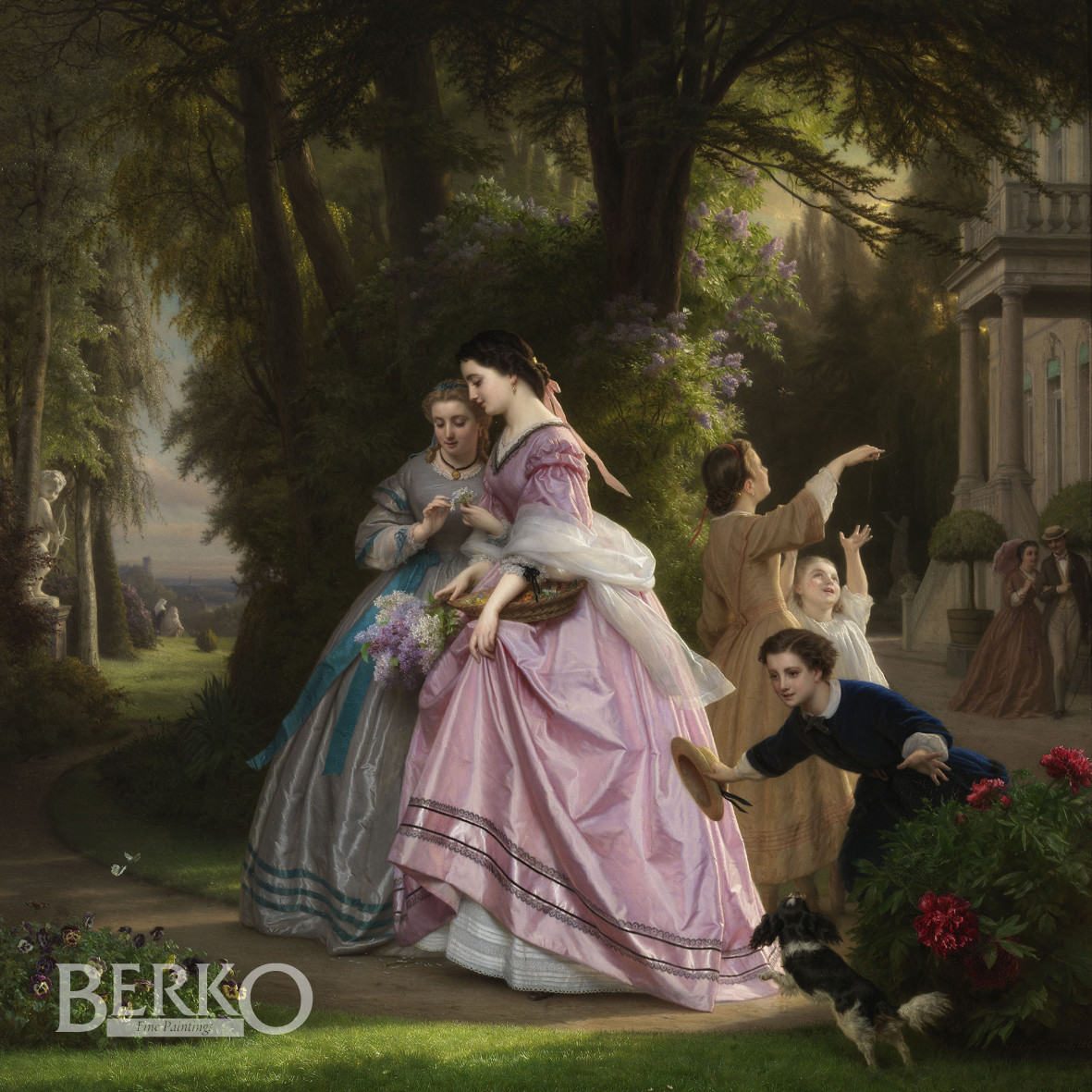 A pupil at the Lierre Academy, Dyckmans then studied under Gustave Wappers at the Antwerp Academy (1833). He first exhibited at the Triennial Salon in Antwerp in 1834 and in 1847 exhibited at the Paris Exposition Universelle. From 1846 to 1869 he was a frequent exhibitor at the Royal Academy in London. He was awarded a silver medal at the Brussels Salon in 1836. He visited Paris and The Netherlands. He taught at the Antwerp Academy from 1841 to 1854 and was a member of the Belgian Royal Academy and the Antwerp Academy. In 1870 he was made Officer of the Order of Leopold. Dyckmans was known as the Belgian ‘Gérard Dou’. Most of his works are reasonably small and are greatly admired for their refinement.