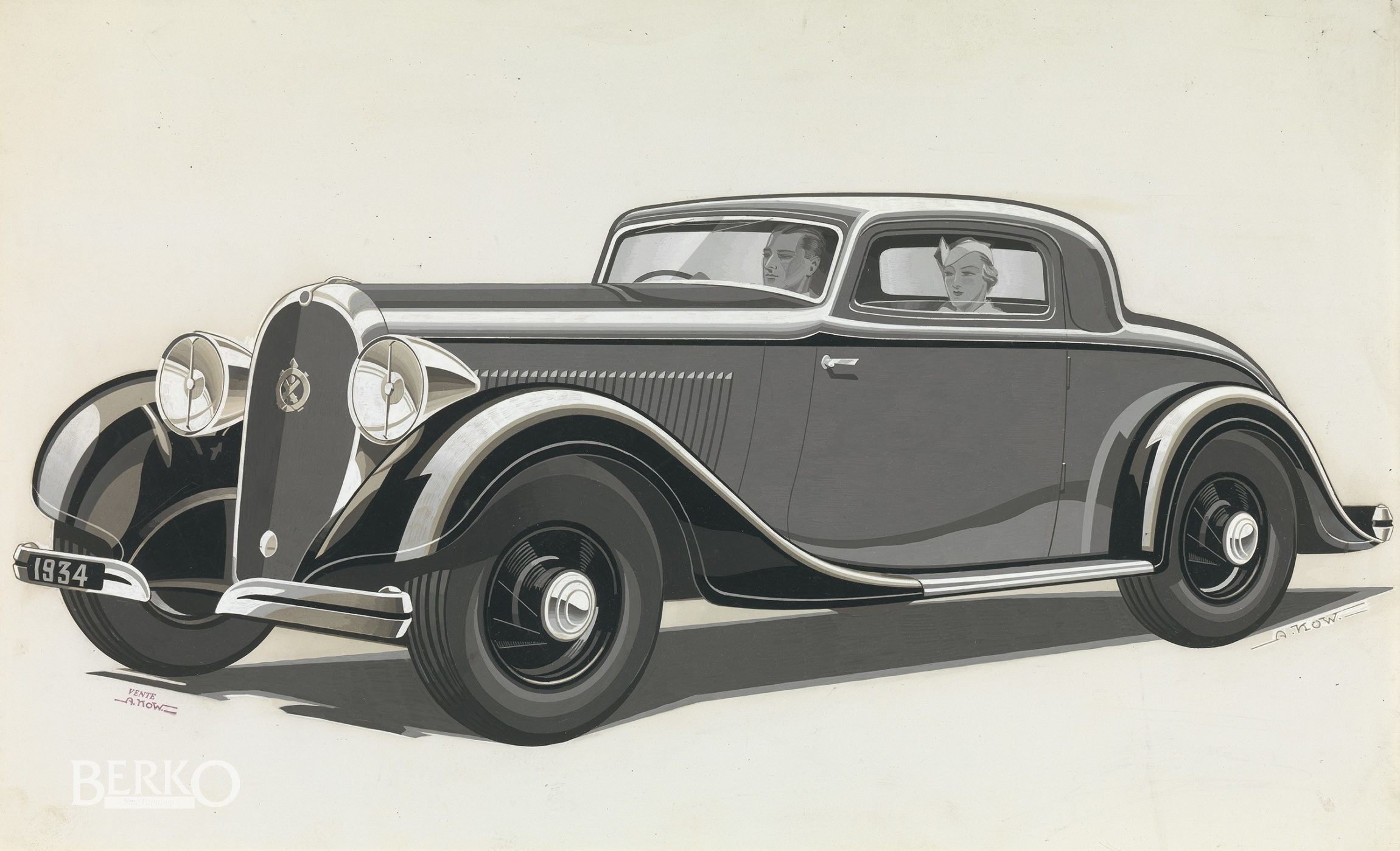 Alex Kow, born as Alexis Kojewnikow, was of Russian origin, but he left his country in 1905. Thanks to the generosity of a Swiss familly he was able to continue his training and attend the Collège Technique des Arts et Métiers in Geneva.

He found his first job in France in the engineering department of a firm in Levallois. There he develloped on paper what would become his signature style: very distinguished lines expressed by a firm trait, a dynamic image reinforced by fluid lines and an accent on surfaces by using shadows and lighting. Because of his artistic background, Kow was able to represent cars in perspective, which industrial draughtsmen weren’t able to do. Finally, he decided to work for different constructors and he selected Panhard and Levassor.

The magazine “l’llustration” published his drawings in Chinese ink for more than twenty years. His work was acknowledged at the Polo of Bagatelle in 1933 by presenting him the Premier Grand Prix, the highest possible award. A part from the catalogues and publicities for Panhard, Alex Kow left behind several advertisement monuments for other brands like Bugatti, Cibié, Delahaye, Englebert, Hotchkiss, Licorne, Marchal, Matford, Peugeot, Pirelli and Salmson. 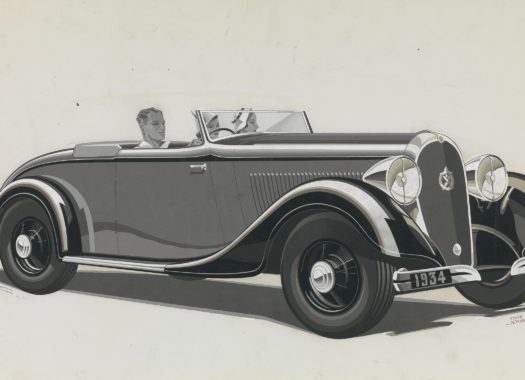