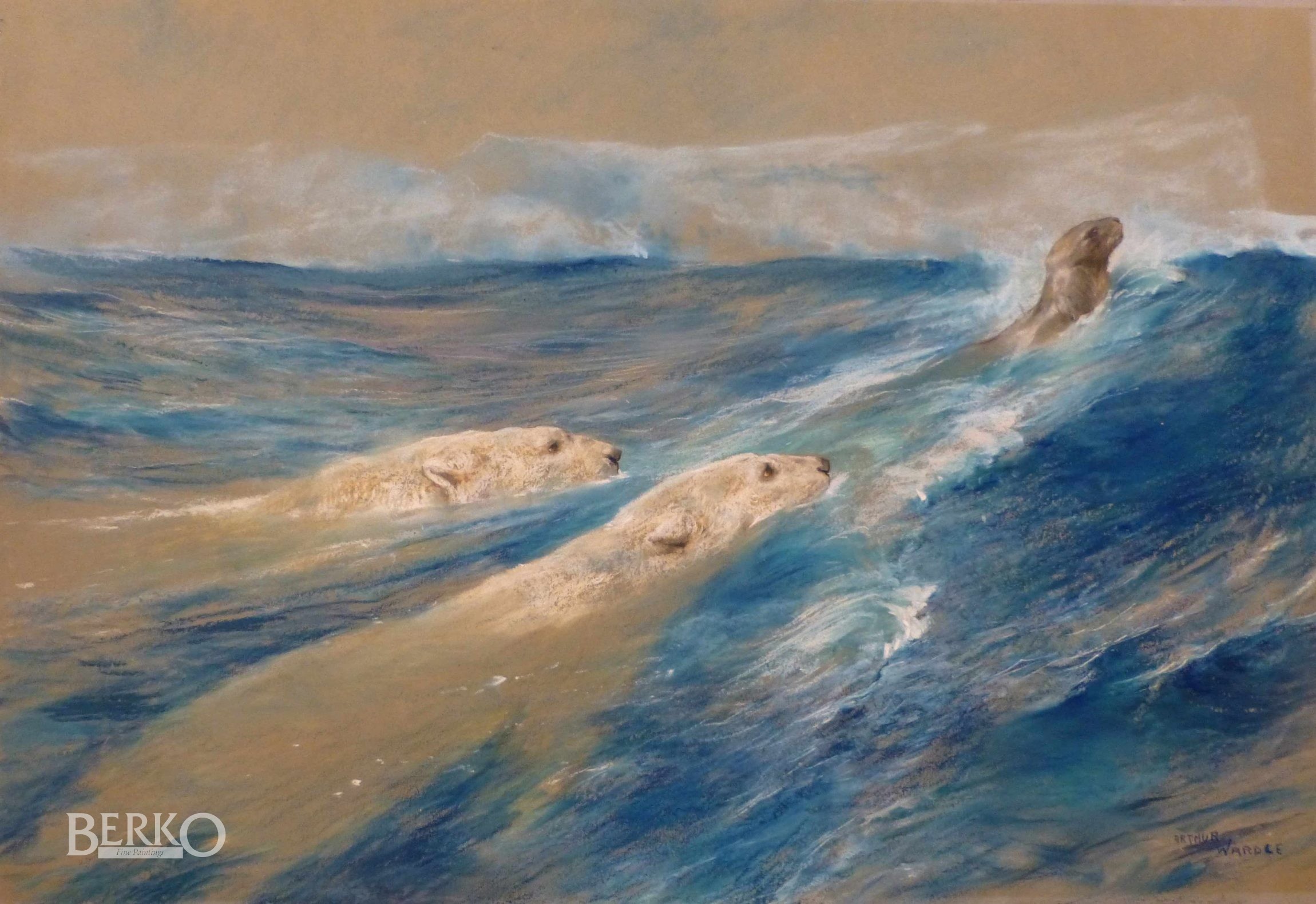 Painter of mythological subjets and animals; pastellist and draughtsman.

Arthur Wardle, who was self-taught, began painting very young and almost certainly received advice from artists living in his Chelsea neighbourhood. In 1892 he and his wife moved to St John’s Wood in north London, mainly because it was near the zoo, where it was possible to sketch in all weathers. In the 1920s he seems to have travelled in west and central Africa, India and south-east Asia. Towards the end of his life he lived quitly in Goldhawk Road in London’s Shepherd’s Bush.
It was around 1880 that he developed his own style in painting animals. His reputation rested on large mythological scenes combining figures and animals. At the same time, he was showing entirely naturalistic paintings of animals. He painted in a studio surrounded by sketches, skeletons and small-scale models. Despite the fame won by his large compositions, his preference was for pastels.  While his paintings of wild animals were much praised by the critics, his most financially successful works were his portraits of dogs, reproduced on a range of items, including tobacco and cigarette packets, postcards, playing cards, calendars and chocolate boxes.
Wardle was only sixteen when he was accepted by the Royal Academy in London, where he exhibited until 1938. In 1880 he sent two paintings to the winter exhibition of the Society of British Artists at Suffolk Street. In 1910 he figured in the catalogue of the Liverpool Exhibition. He was elected member of the Pastel Society in 1911.