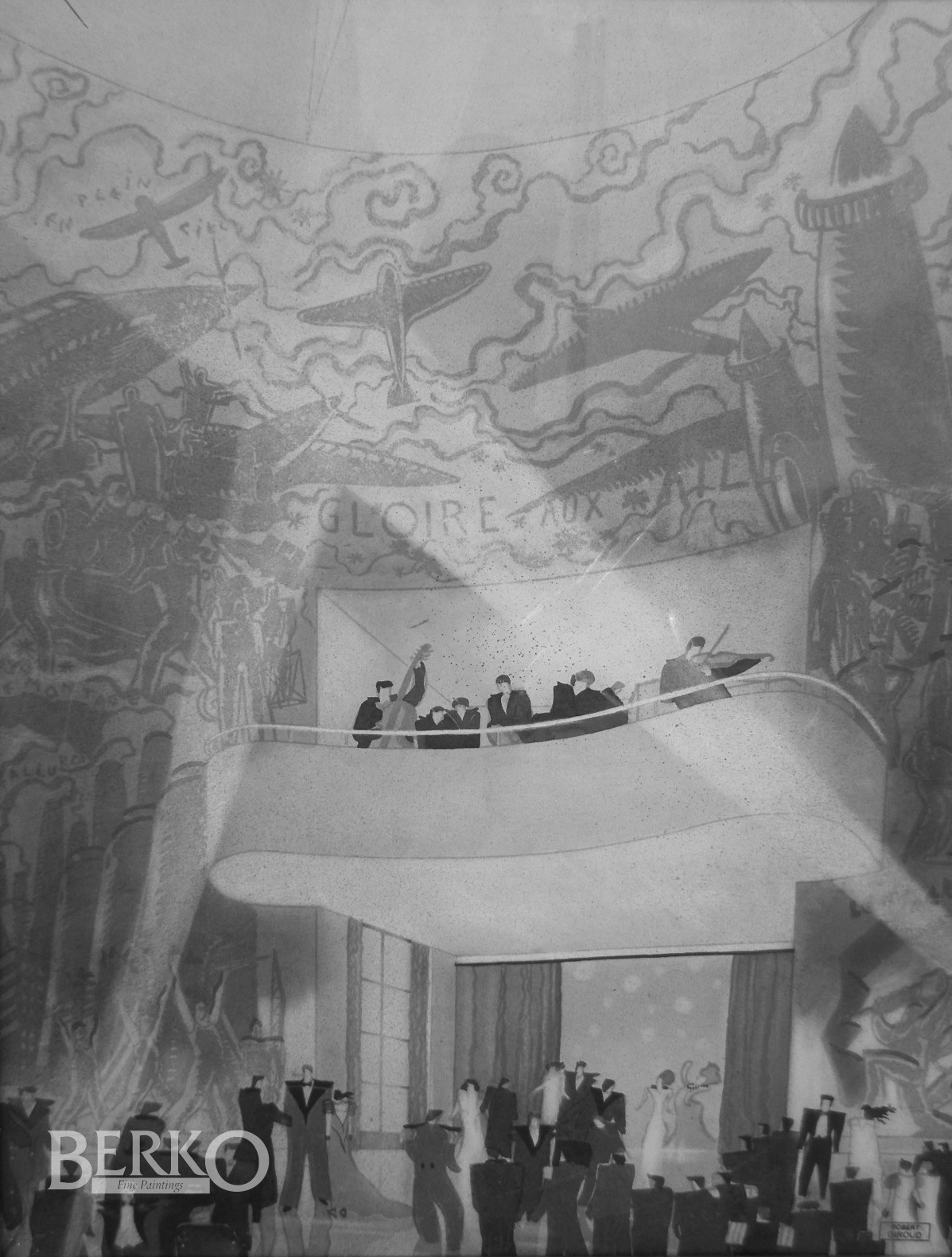 Robert Giroud was awarded the first Prix de Rome. He was a pupil of Tony Garnier. He was known for the Villeurbanne Town Hall, build between 1930 and 1934, based on his plans: a work of an architect fascinated by aviation. Also by his hand is the decoration and adjustment project of an unspecified terminal lounge, very representatif for the taste of the era. On a background of large glaced façades, important names in aviation history are written in columns on the walls and motors with propellers are decorating the front doors.