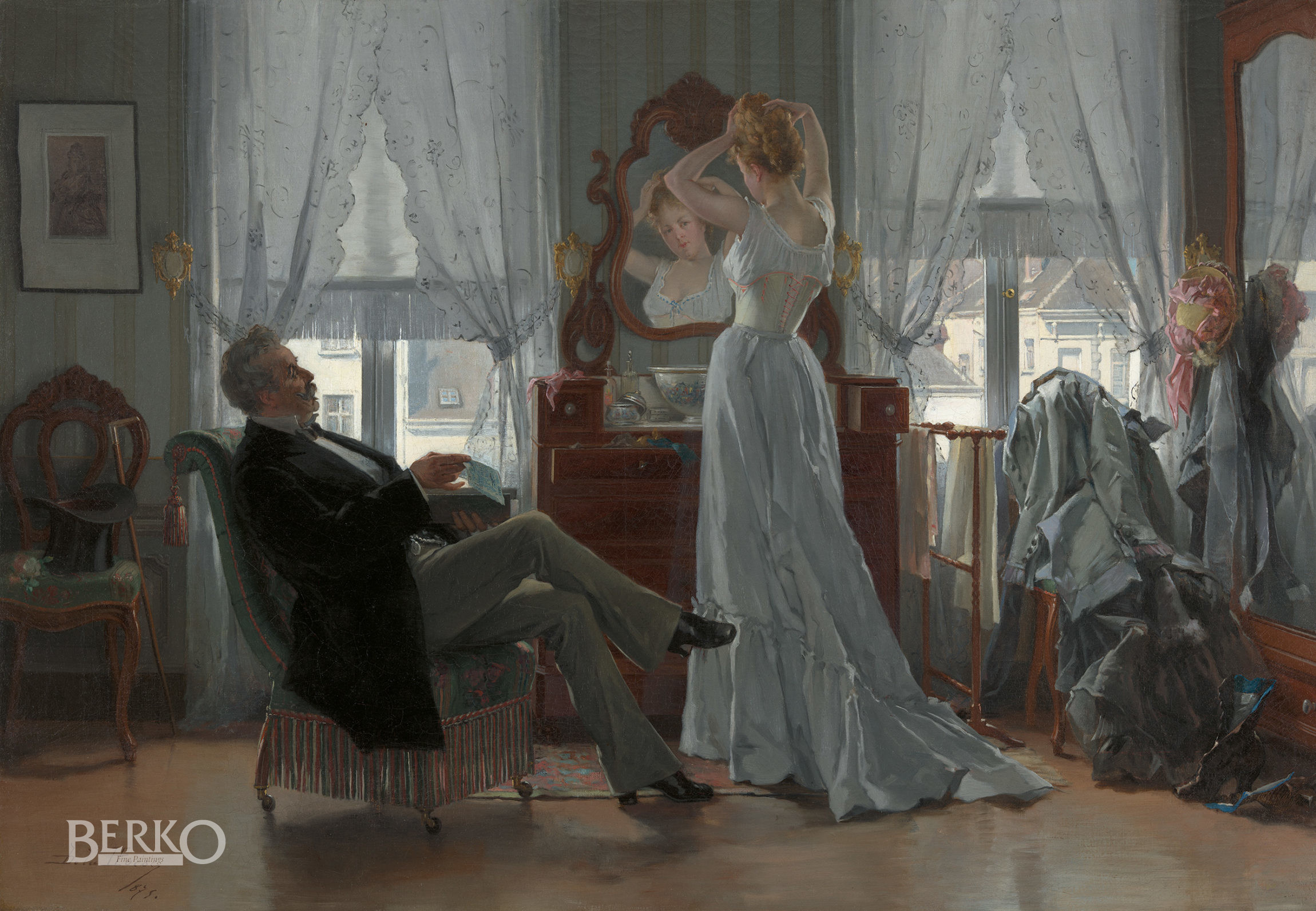 Jean De la Hoese was a pupil at the Brussels Academy of Fine Arts. This painter of aristocratic female beauty was a master portrait painter who painted several masterpieces, including the portrait of his father which is exhibited in the Brussels Museum.

In the hazardous domain of the portrait, he was able to beware of indifference and complaisance.

We admire in him the great simplicity of means used to render the life of the model. There is nothing theatrical in the posture but it tries to fix the most familiar attitude; this is never what might be called a studio posture. And what a fine craftmanship, what a restrained yet bold brush!