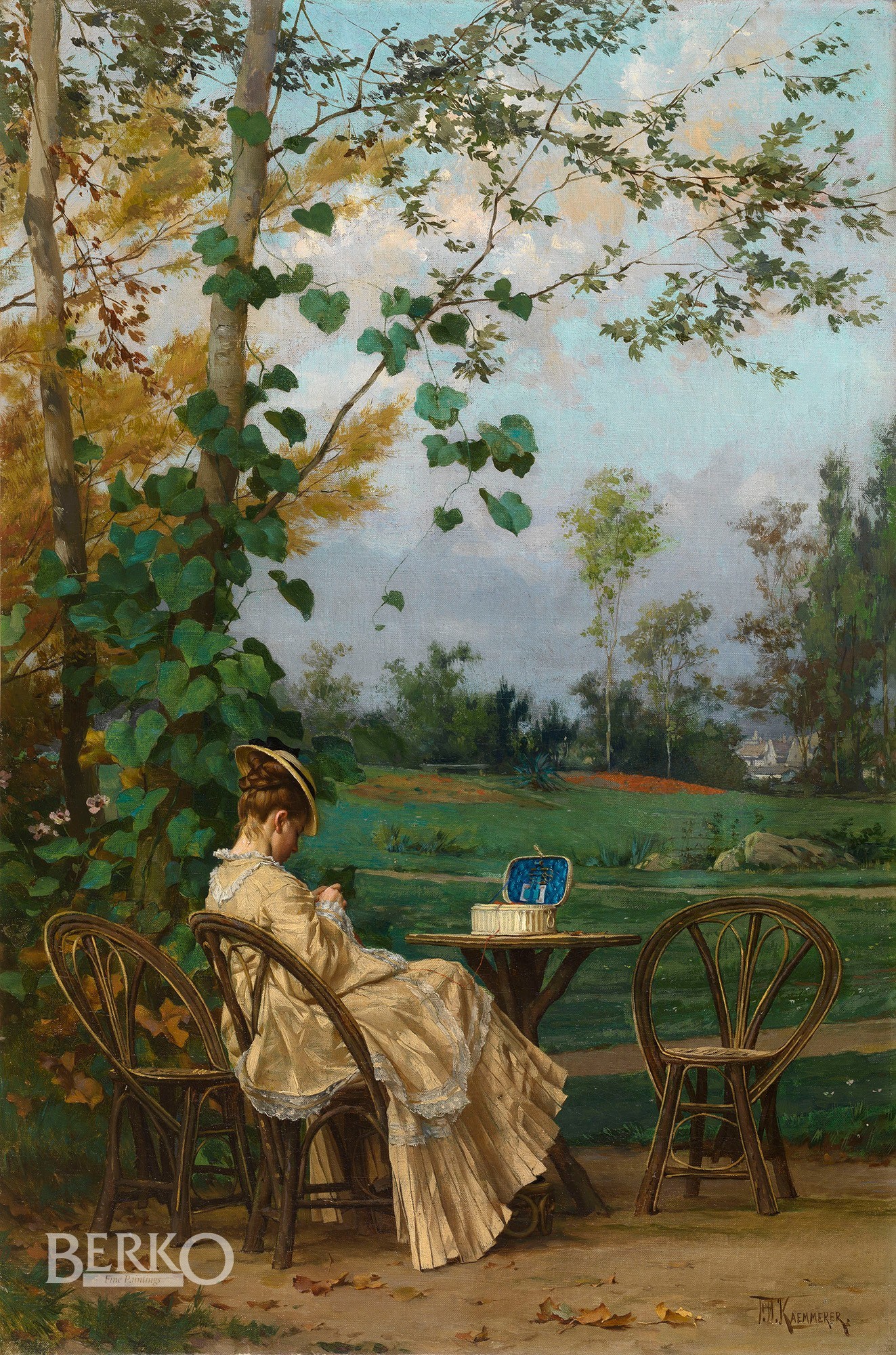 LEISURE TIME IN THE GARDEN

Painter of genre scenes and landscapes.

Frederik Kaemmerer studied under Jean-Léon Gérôme in Paris and divided his time between Paris and The Hague. He exhibited at the Paris Salon from 1870 onwards. He was awarded a medal in 1874 and a silver medal at the Exposition Universelle of 1889. He was made Chevalier of the Légion d’Honneur that same year.

Kaemmerer achieved great success with his small, highly polished pictures of subjects under the Directoire and the First Empire. His marvelous paintings were much sought after by his American clients. Towards the end of his life his style became freer and he demonstrated a speed of execution that allies him with the Impressionists. 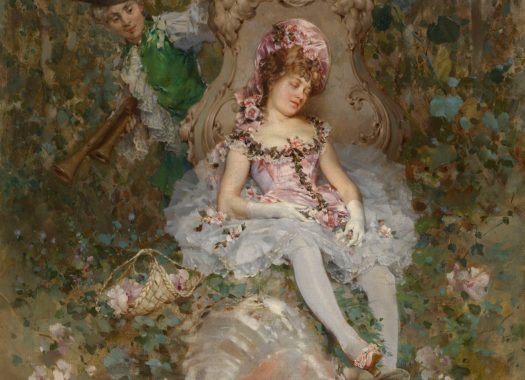