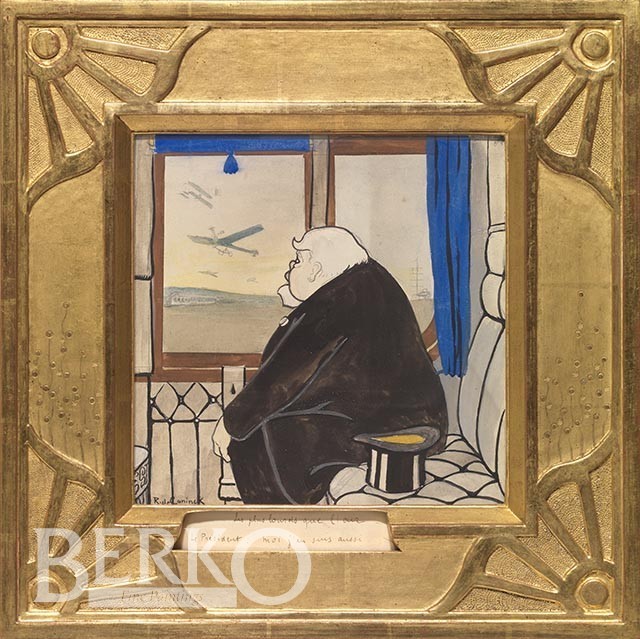 Roger De Coninck was a successful pupil of Louis Ramah (since 1942), he was a model for Edgard Tytgat (1943 – 1945) and he had contacts with the ‘Jeune Peinture Belge’.  In 1946 Paul Maas became his artistic advisor. He became friends with Alechinsky and moved to Paris and Essonnes in 1962.  He had a preferences for genre scenes, still-lifes, sea scapes, coastal views, figures, (self) portraits.

De Coninck worked in a powerful, nervious, expressional style, close to the style of Permeke.  He works with rich paste and dark colours.  His works are sobre with a certain melancholy.