Home / Catalogue / LOVERS IN A CAFE 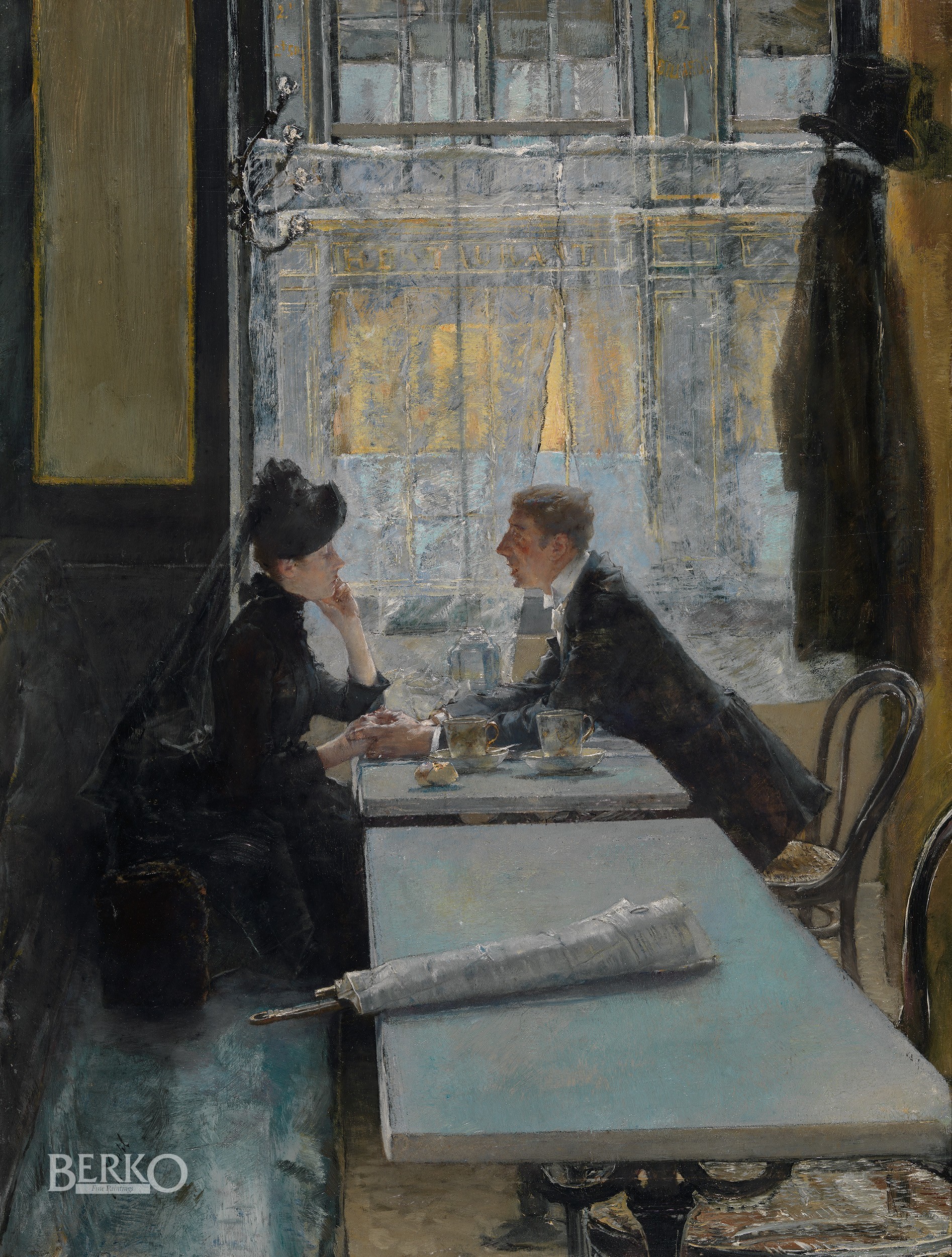 LOVERS IN A CAFE

Gotthardt-Johann Kuehl began his studies at the Munich Academy under Diez (1871-1879), then moved to Paris for a few years, where he received advice from Fortuny. He was a regular exhibitor in Paris. He was awarded an honourable mention in 1884, a third class medal in 1888 and a gold medal in 1900. He also exhibited in Munich and received medals for his work in 1881 and 1905; he also won medals in Berlin in 1891 and 1896. He was appointed Chevalier of the Légion d’Honneur in 1900 and was promoted to Officier in 1905. He was an honorary member of the International Society of Painters, Sculptors and Engravers in London and the Société Nationale des Beaux-Arts in Paris. He was a teacher at the Dresden Academy of Fine Arts.

Several of his works are in the collection of the Behnhaus Drägerhaus Museum in Lübeck, Germany.