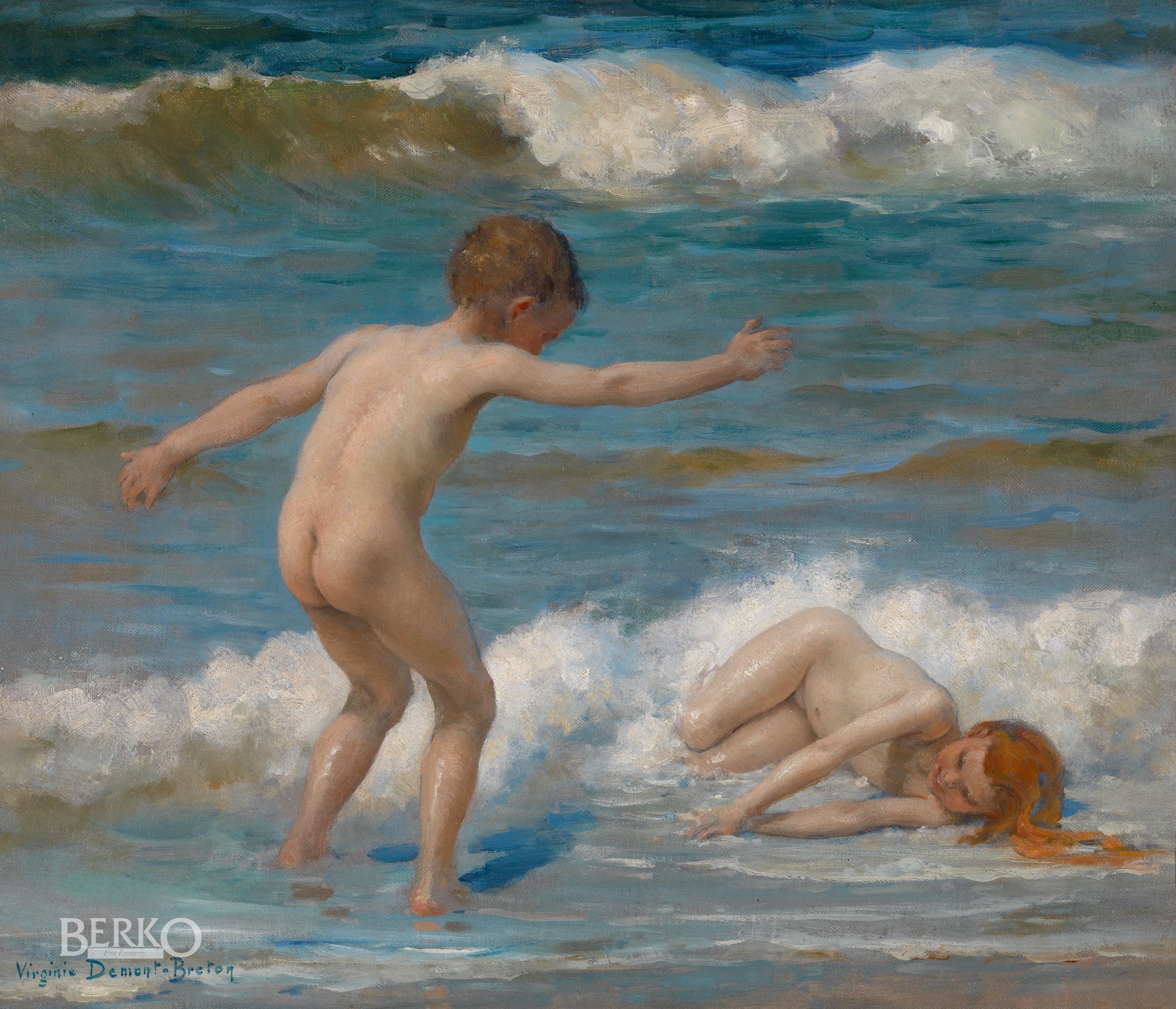 Virginie Demont-Breton was the daughter and a pupil of Jules Breton. She married the painter Adrien Dumont. She exhibited at the Paris Salon until 1934, receiving a commendation in 1880, a bronze medal in 1881 and a silver medal in 1883. She was also awarded a gold medal at the 1883 Amsterdam World Fair and a medal of honor at the 1894 Antwerp Exhibition. She was president of the Union des Femmes Peintres et Sculpteurs (Union of Women Painters and Sculptors) and was amended an Officier in the Légion d’Honneur.

Demont-Breton is particularly known as the painter of the domestic life of fishermen’s families.

At the back of this painting is a stamp of an exhibition held in 1919 at the Grand Palais.