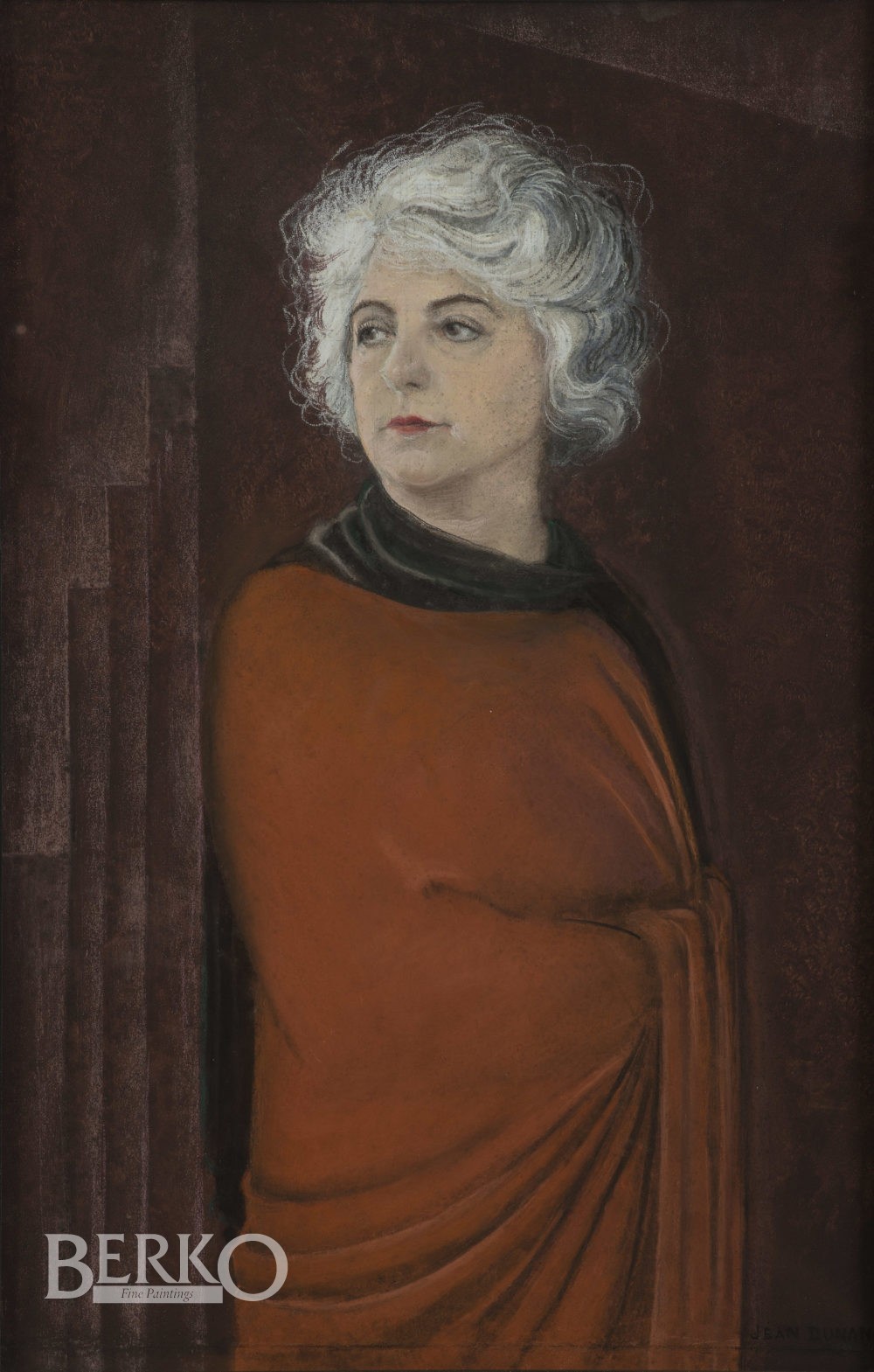 Jules John Dunand was active in Frrance, but trained at the Ecole des Arts Industriels in Geneva, along with the wood engraver François Louis Schmied, who would be his friend and collaborator  for the rest of his life. Together they went to Paris in 1897. Dunand was one of the artists employed to make groups of winged horses for the Pont Alexandre III in Paris, in readiness for the opening of the Exposition Universelle of 1900. He also managed to find time for his own work and began exhibiting sculptures at the Salon of the Société Nationale des Beaux-Arts. He soon abandoned traditional sculpture and instead concentrated on making metal vases and dishes inlaid with silver and gold, which he presented every year at the Salon. In 1912 he had Sougarawa initiate him into lacquer technique, which he then used to make a great many objects with geometric designs.

He stopped working during World War I. At the end of the war, he also began to make furniture with decorative designs and mother-of-pearl inlays. 1921 saw the start of a highly successful collaboration between Dunand, Goulden, Jouve and Schmied. Dunand was so highly reputed among such a broad public that people talked about ‘Dunand lacquerware’. His most significant monumental creations were for the steamships Atlantique in 1931 and Normandie in 1935. Dunand is classed as a decorative artist. He and his collaborators helped to create a contemporary style, characterised by stylised design and a geometric, Mannerist simplification of contours. His work enjoyed an enormous boost in interest when the 1930’s style came back into fashion.

At the Exposition des Arts Décoratifs in 1925, Dunand worked with Ruhlmann on the Pavillon du Collectionneur (Collector’s Pavilion). In 1931 he and his son Bernard made a series of large decorative panels for the Exposition Coloniale (Colonial Exhibition).