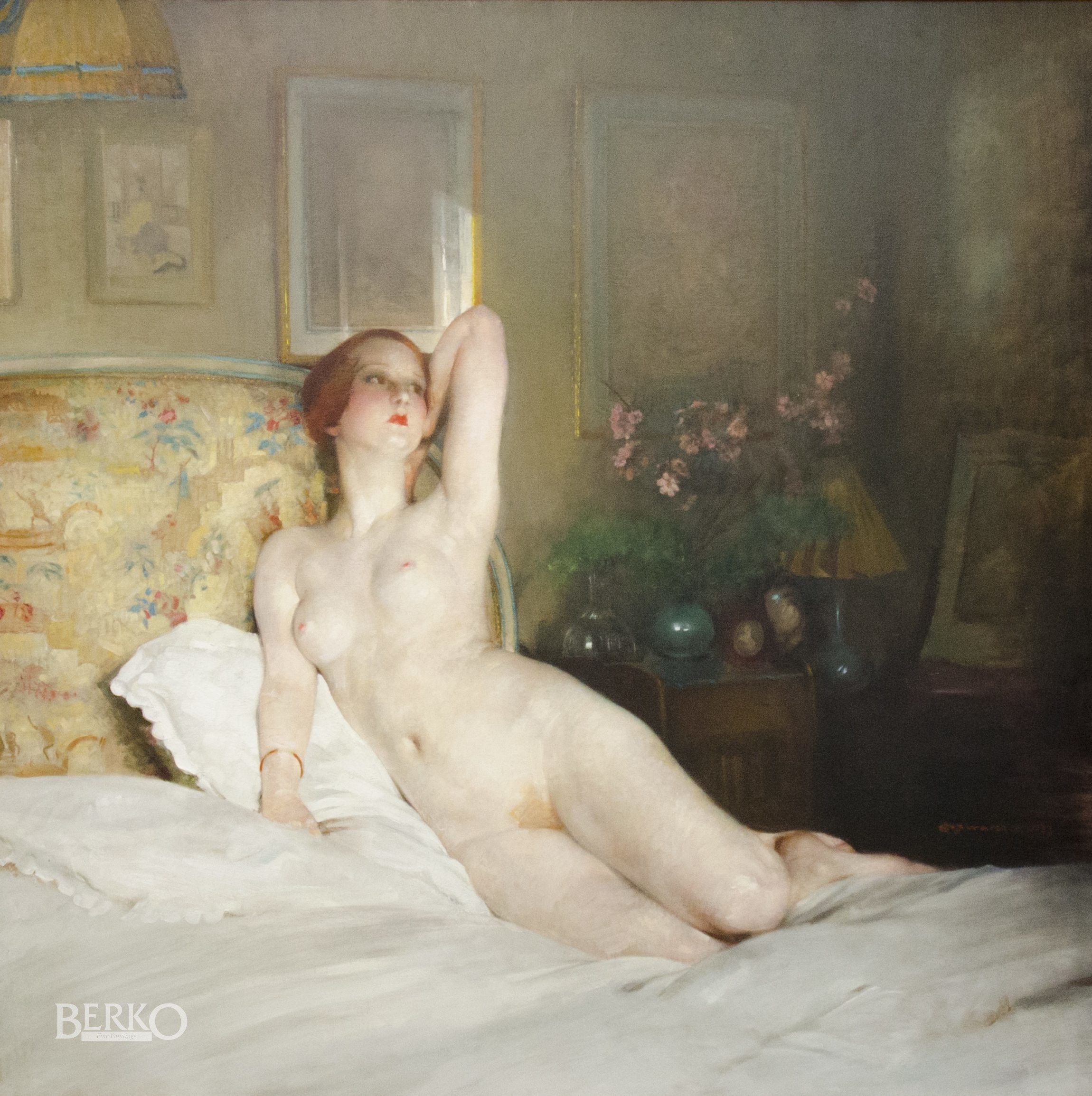 Charles Watelet was a pupil of Jean-François Portaels and Alfred Stevens at the Brussels Academy. He worked in Marcinelle until 1901 as a portraitist of personalities before settling down in Uccle. He specialised in painting portraits – with a preference for women – for which he gained lots of success. He also represented women at balls, in theatres and in restaurants.

Works by Charles Watelet can be found in the Tournai Law Court and in the collections of the Fine Arts Museums of Brussels, Charleroi, Ixelles and Liège, among others.

This particular painting represents a wonderful nude portrait of a young lady lying on a bed in a typical Art Deco interior. The artist captures an interesting light seeming to enter slowly into the room as during the early hours of the day. The woman is entirely nude and poses with an elbow above her head. She wears make up and has done her hair. Very nice brushstroke effects. 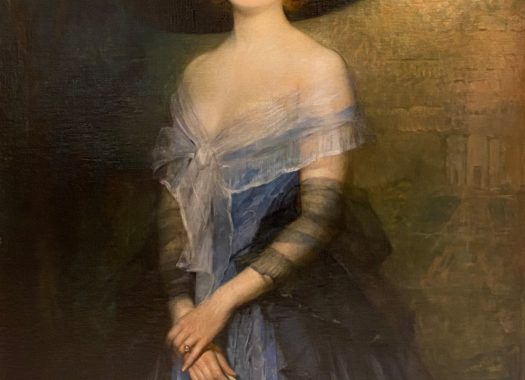