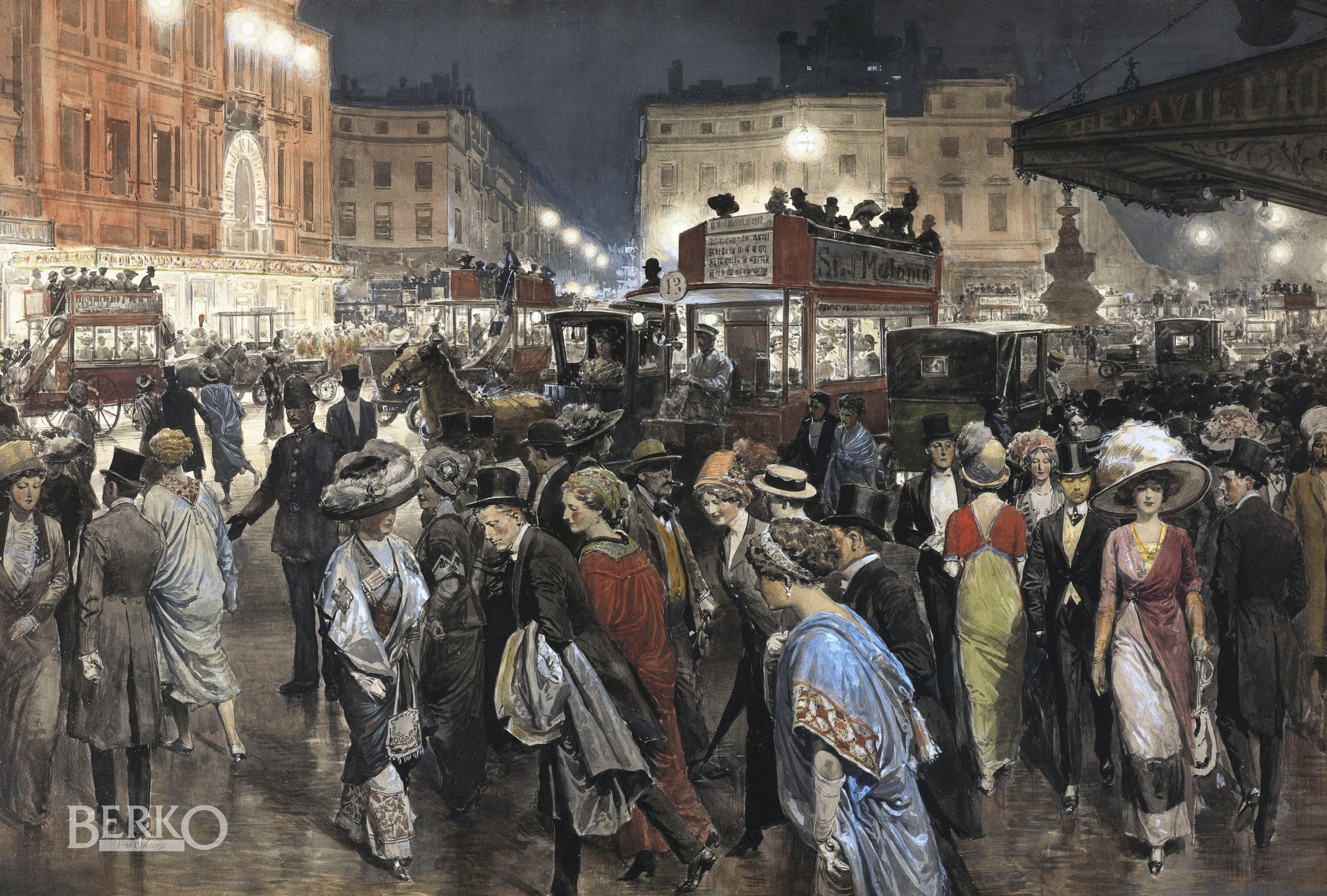 Painter of genre scenes and military subjects; watercolourist and draughtsman.

Fortunino Matania was born in Napels on April 16, 1881 and also died there on February 8, 1963. He was an excellent colourist. A pupil of his father, the painter Edouardo Matania, he created his first advertisement at the age of 9 and at the age of 11 he exhibited at the Napels Academy. By the age of 14, he was helping his father produce illustrations for books and magazines. Between 1895 and 1902 he made illustrations for the Italian periodical “l’Illustrazione Italiania”.

At the age of 20, Matania began working in Paris for “l’Illustration Française”.

He exhibited regularly at the Royal Academy and the Royal Institute from 1908. He painted a number of views of Rome and Egypt.

The gentleman with the cigar in the middle of the painting might represent King George V.