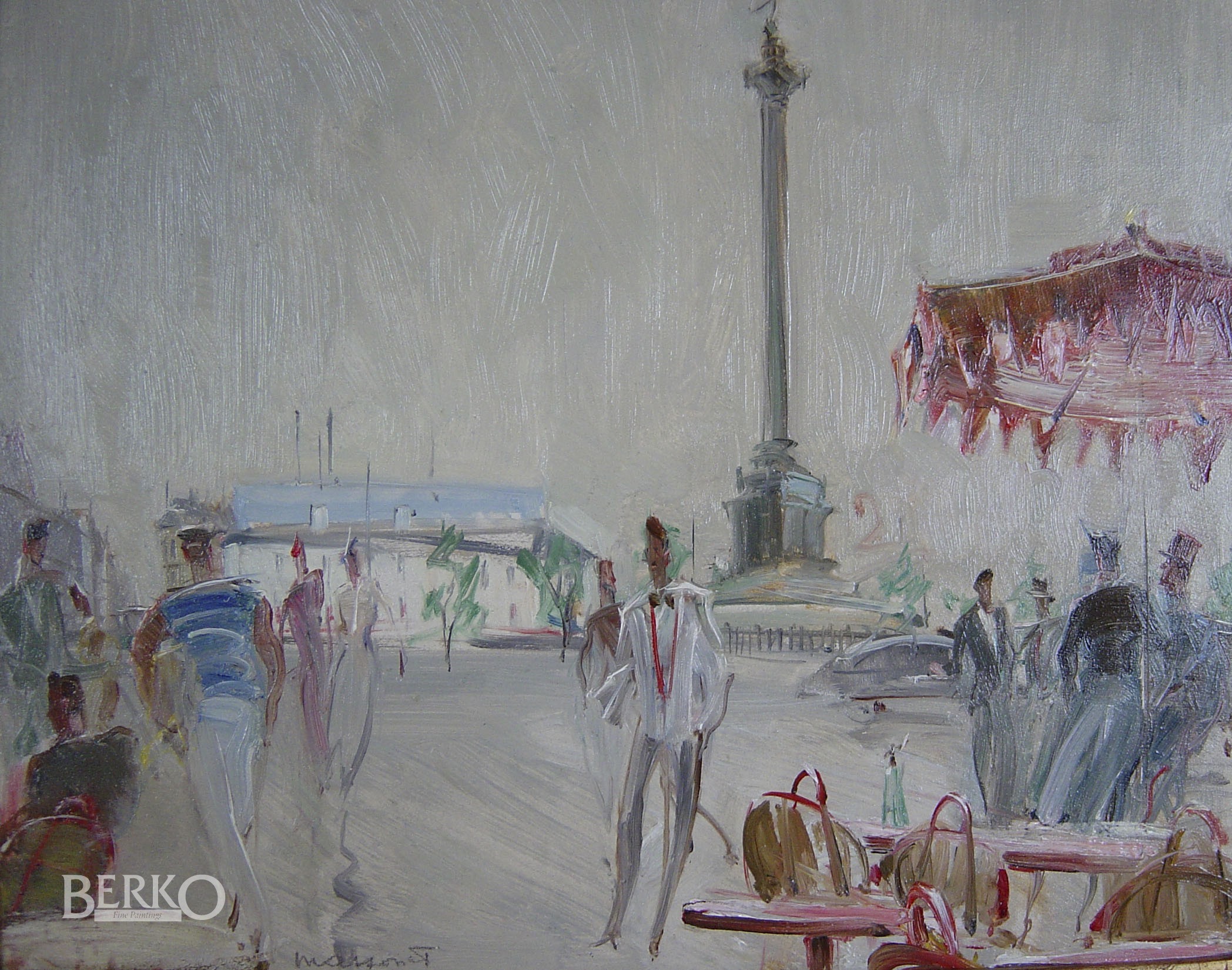 Massonet’s works are dynamic, with a swift expression of movement, lightly stylised and with a loose broad touch and a light palette. There is vrtuosity in his drawings and watercolours. He studied sculpture at the Academy of Saint-Gilles (1918 – 1919, A. De Tombay) and history of the arts under A. Vermeylen. He illustrated the front journals “Claque à fond” and “Mechelen aan het front”. He studied at the EBA (Corman) in Paris during his leave from the army. He became a member of the Section Artistique from 1918 onwards and participated at the exhibitions of the Belgian “Standaard” at De Panne.