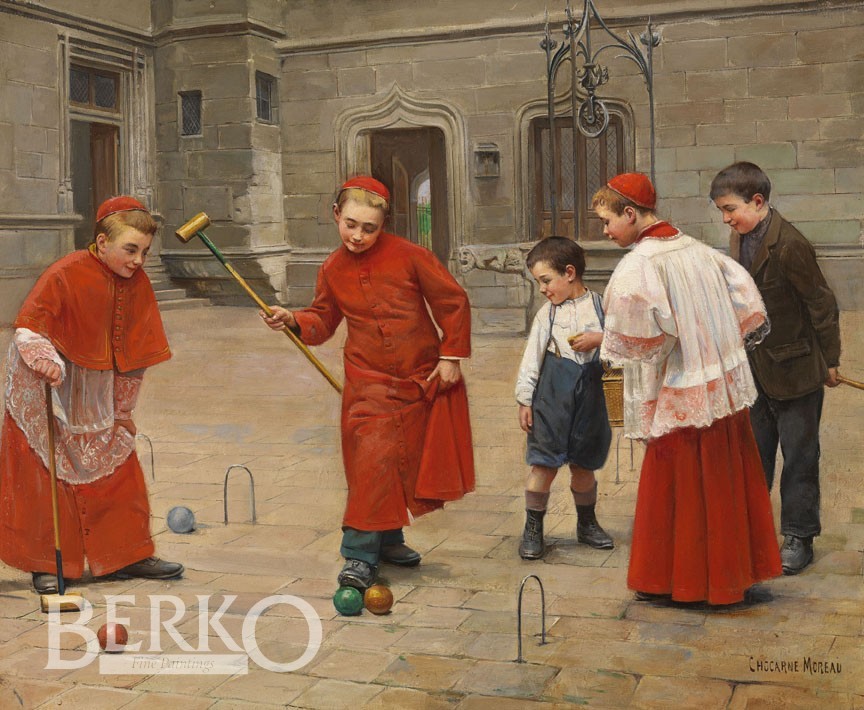 Painter of genre scenes and figures.

Active in Paris, where he was a pupil of Bouguereau and Tony Robert-Fleury, Paul Charles Chocarne-Moreau was commended by the Salon jury of 1886 and won a bronze medal at the Paris Exposition Universelle of 1889.

He was made a Chevalier  of the Légion d’Honneur.

Several of his pictures were acquired by the French State.

Chocarne- Moreau was a humourist and painter of charming canvases depicting small boys as chimney sweeps and boat captains. 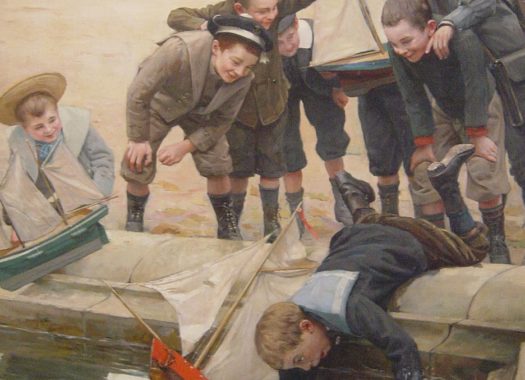 CHOCARNE-MOREAU Paul Charles
IN THE GARDENS OF THE TUILERIES