Home / Catalogue / PROJECT COACH WORK FOR A COUPE-CONVERTIBLE FOR DELAHAYE 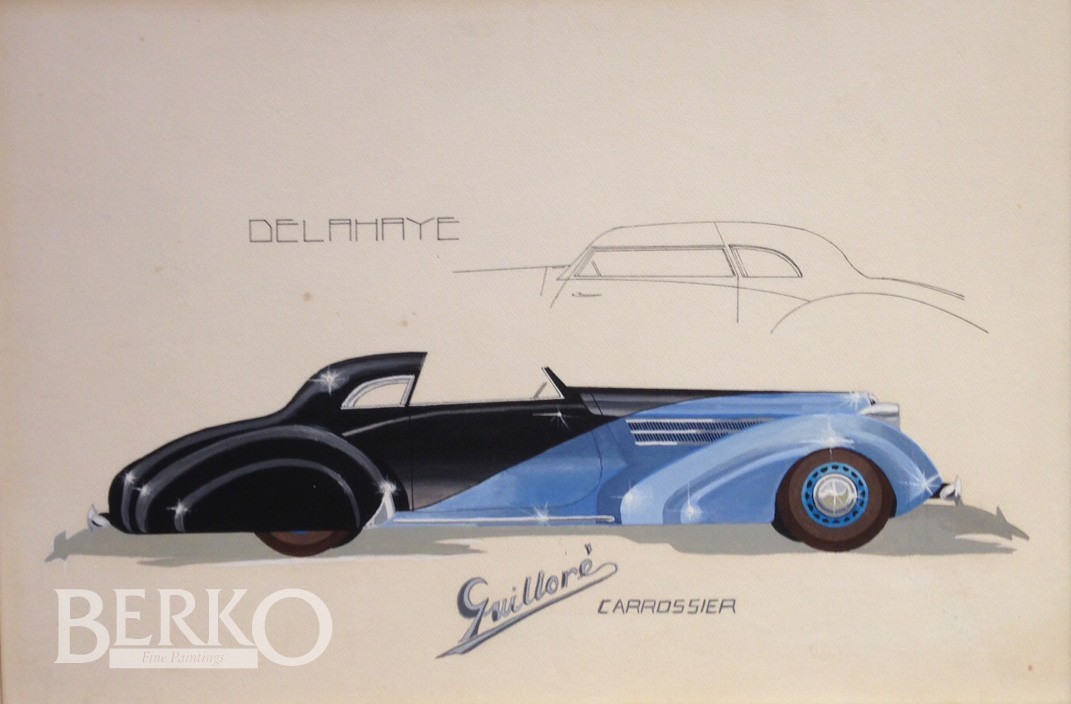 PROJECT COACH WORK FOR A COUPE-CONVERTIBLE FOR DELAHAYE

French coach work builder based in Courbevoie, a suburb of Paris that borders on Neuilly-sur-Seine.

Alphonse Guilloré, born on February 25, 1896 in Paris, fought in the First World War in the 21st and later on in the 61nd Bataillon of the Light Infantry. He go seriously injured and was declared a 100% invalid. As a recognition of his bravery in action, he was awarded the Military Medal in addition to the War Cross with palm leaves and he was made an Officier in the Légion d’honneur. He participated actively in the commemoration of WWI as a member of several associations for war veterans.

A steel plate worker and coach work builder by training, Guilloré started his own business in 1929. He worked for many car manufacturer, but it wasn’t until 1937 that he made a name for himself by building coaches for Delahaye. He then started to build coachworks for factory vehicles, as other coachwork builders did, but also his own bodyworks on the Delahaye Type 135 chassis. These designs earned him a lot of recognition at the concours d’élégance which were very popular at that era. He also designed an amazing shooting-break. Guilloré also built coachworks for Delage like the D8-120, including one for Mr Vincent Auriol, then President of France, and a coach for Bugatti based on the 101502 chassis. Parallel to the production of luxury cars, he also built vans on the Delahaye Type 163 chassis, and utilitarian and promotional vehicles for various constructors. From the end of the production of Delahayes in 1954 on, he started to build hearses, trucks for radiological examinations for occupational medicine and numerous military driver’s cabins for Berliet.

The company A.Guilloré closed its doors in 1974.

Collaboration with Delahaye, a collaboration that had started in 1934 with a very luxurious 6 seat limousine built on a Type 154 chassis and that would last until 1954.