Home / Catalogue / QUEEN OF THE FIELDS 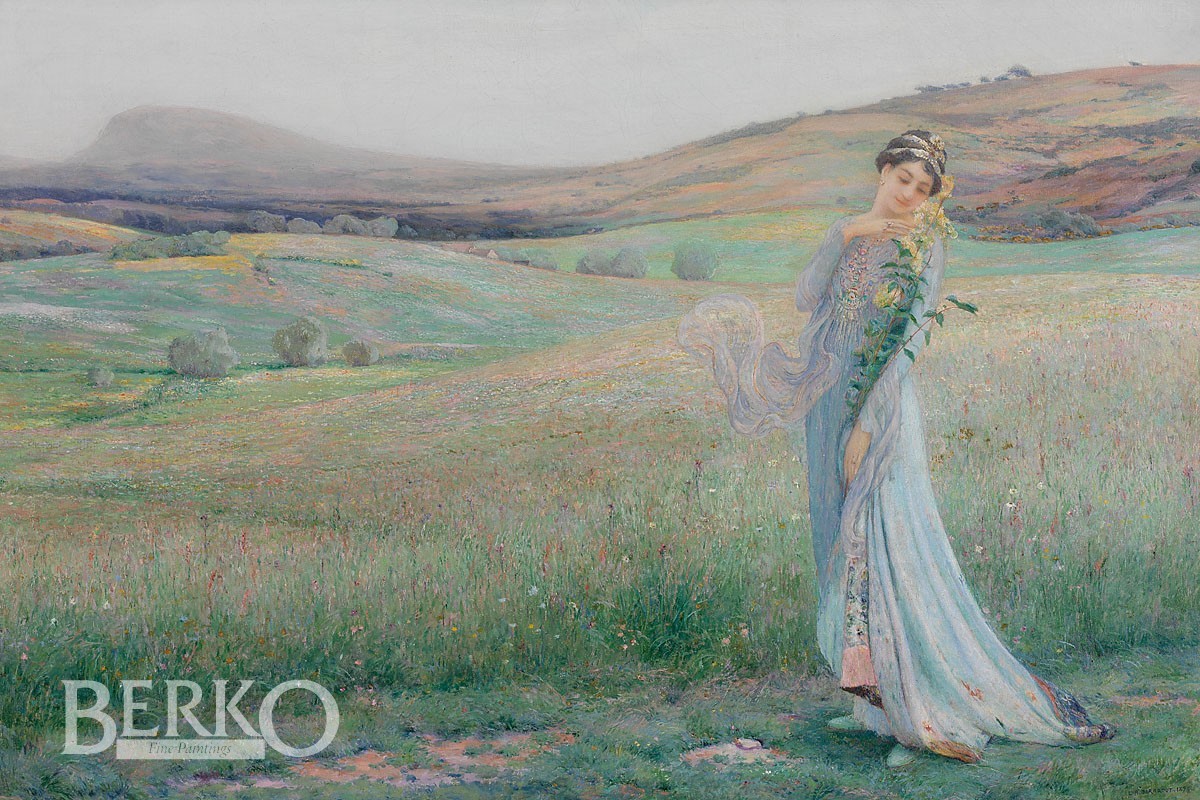 QUEEN OF THE FIELDS

Louis Auguste Girardot was a pupil of Jean-Léon Gérome and Paul Dubois at the Ecole des Beaux-Arts in Paris. Girardot painted a variety of subjects, but after his visits to Morocco he concentrated mainly on oriental scenes, particularly landscapes and portraits of Moroccan women against a background of pink, turquoise, green, brown or cream. He exhibited at the Salon des Artistes Français from 1881, the year of its foundation. He was awarded silver medals at the Paris Exposition Universelle in 1889 and in 1900. He also exhibited at the Salon de la Société Nationale des Beaux-Arts, of which he became a member in 1890. He was appointed Chevalier in the Légion d’Honneur.