Home / Catalogue / RELAXATION ON THE POND 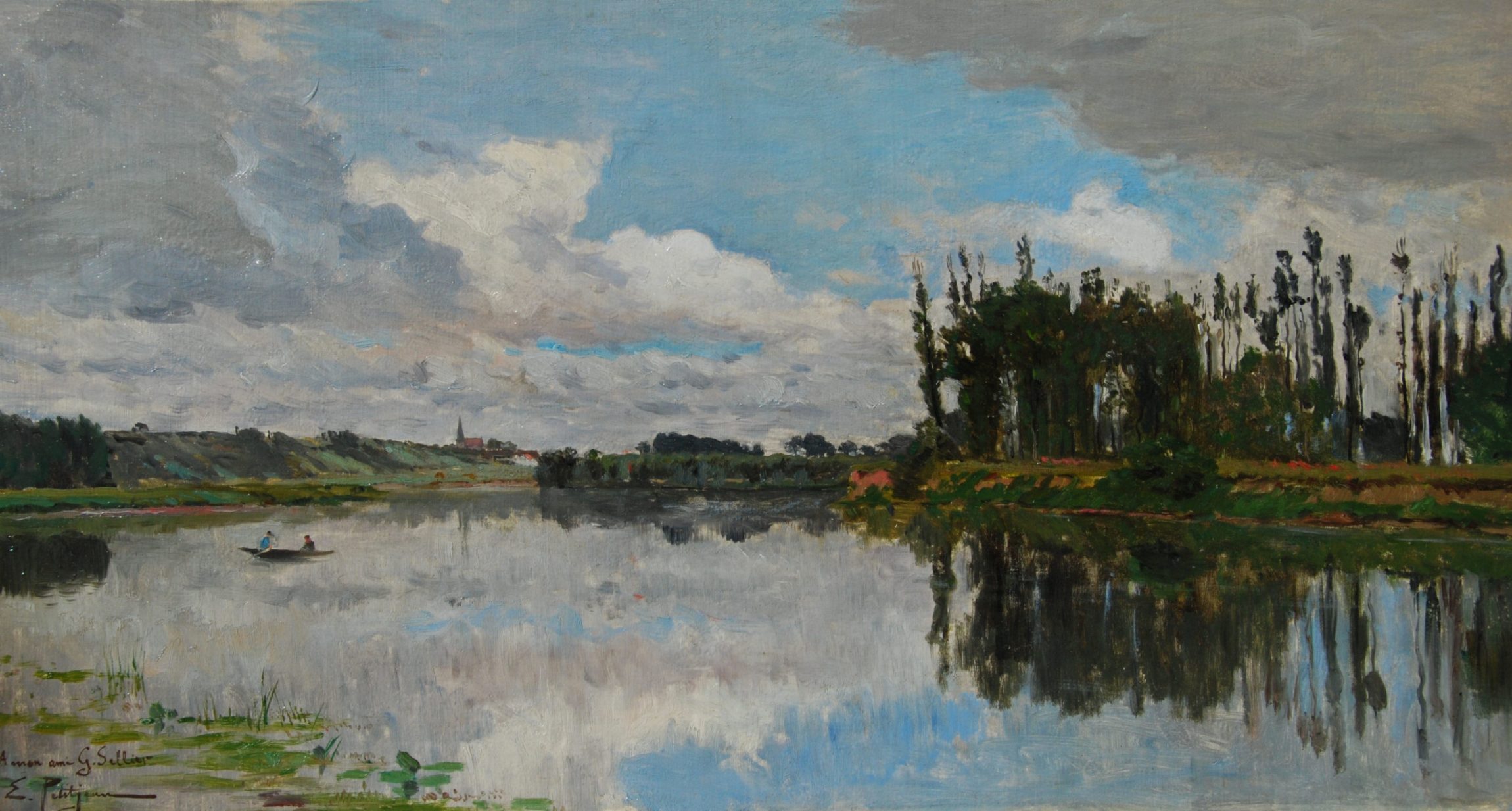 RELAXATION ON THE POND

Painter of landscapes and seascapes.

Edmond Marie Petitjean first exhibited in Paris in 1874 at the Salon des Artistes Français, of which he became a member in 1883. He also exhibited in Munich in 1890. He was awarded an honourable mention in 1881, a first-class medal in 1884, a second-class medal in 1885, a silver at the Paris Exposition Universelle of 1898 and a gold at the Paris Exposition Universelle of 1900. He was declared hors concours and was made Chevalier of the Légion d’Honneur in 1892.

Petitjean painted views of several ports on the Atlantic coast.