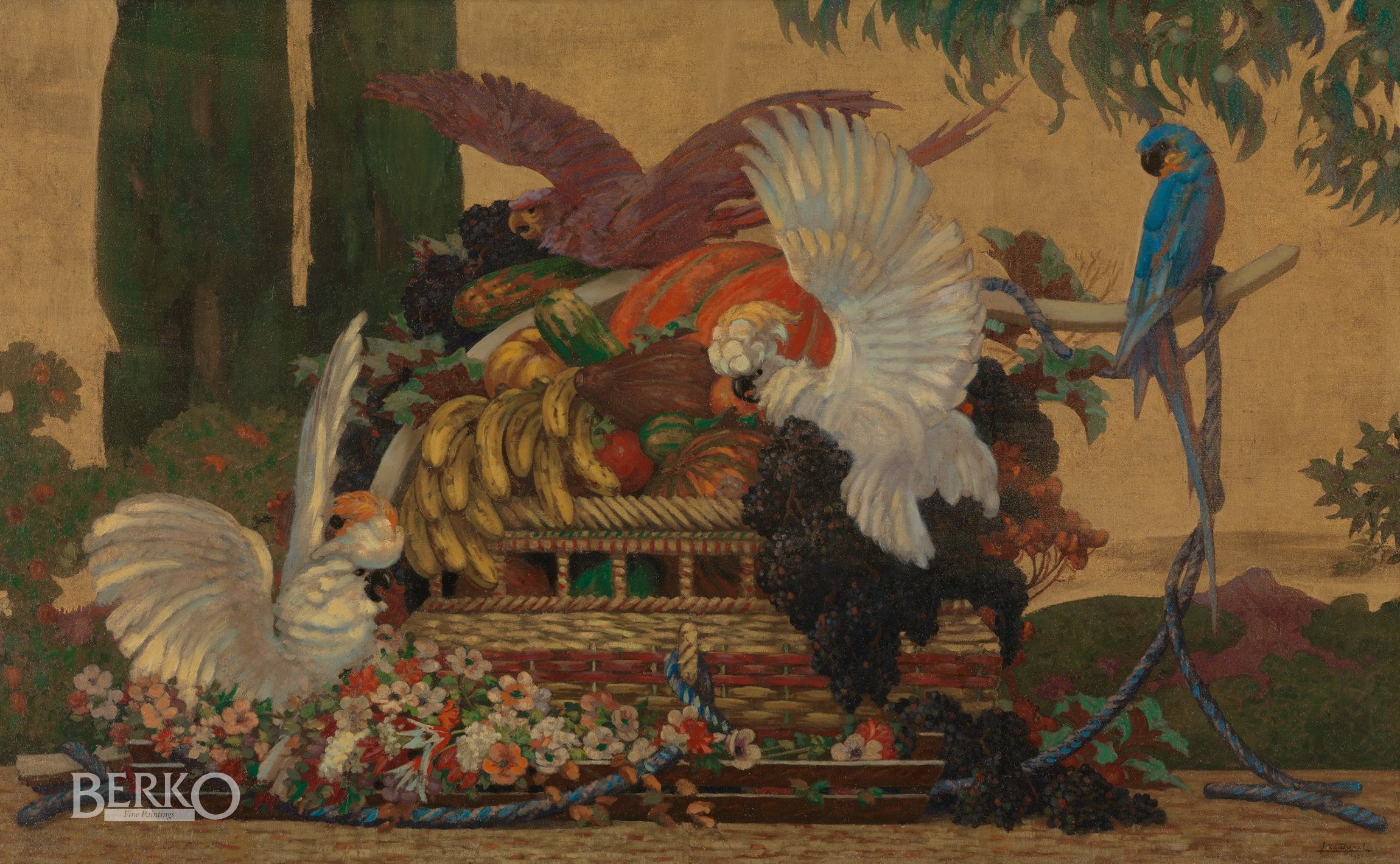 Jean Charles Duval was a member of the Salon of the Société des Beaux-Arts, where he exhibited his works. He travelled extensively and painted many landscapes in France – Brittany, the Alpilles, Mount Sainte-Victoire and the Route Napoléon – but especially orientalist landscapes. In 1908 he visited Algeria and brought back sketches of landscapes and figures. In 1924 he was part of an official mission to Syria on behalf of the French Institute of Islamic Art in Damascus and he visited Aleppo, Damascus and the Krak des Chevaliers.

Duval also worked in the field of dance, making drawings for the Paris Opera and, in 1910, for the Ballets Russes. In this genre especially his strong lines show the influence of Degas, who had been his friend since 1904 and whom he remembered at the end of his life when he brought out “Degas tel que je l’ai connu” (Degas as I knew him)(Editions de la Table Ronde). He also produced decorative work.