Home / Catalogue / SUNSET ON THE NILE 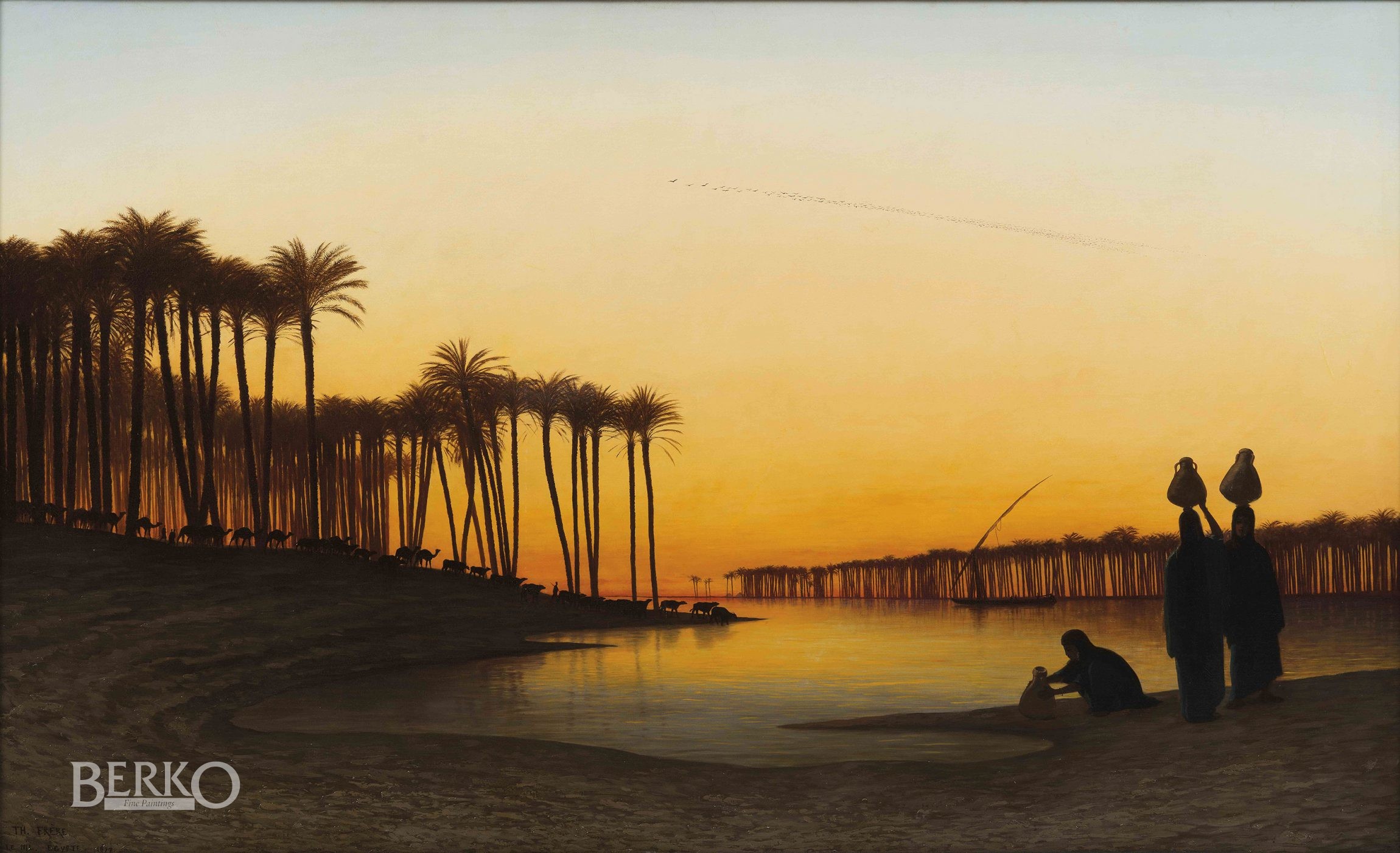 SUNSET ON THE NILE

A pupil of Camille Roqueplan and Léon Cogniet, Charles Théodore Frère travelled in Normandy, Alsace and the Auvergne before visiting Algeria in 1837 (where he witnessed the fall of the city of Constantine to the French). He visited Algeria a second time the following year, stopping en route in Malta, Greece and Smyrna. He also spent some time in Egypt (around 1853), setting up a studio in Cairo and being formally accorded the courtesy title of ‘bey’ by the government of the day. He continued on to Syria, Palestine and Nubia, returning to France with a full sketchbook and lots of oriental ‘objets d’art’.

Frère’s body of work comprises almost exclusively oriental subject matter. Indeed, he was one of the few French artists to have painted Beirut, Jerusalem, Damascus and Palmyra.