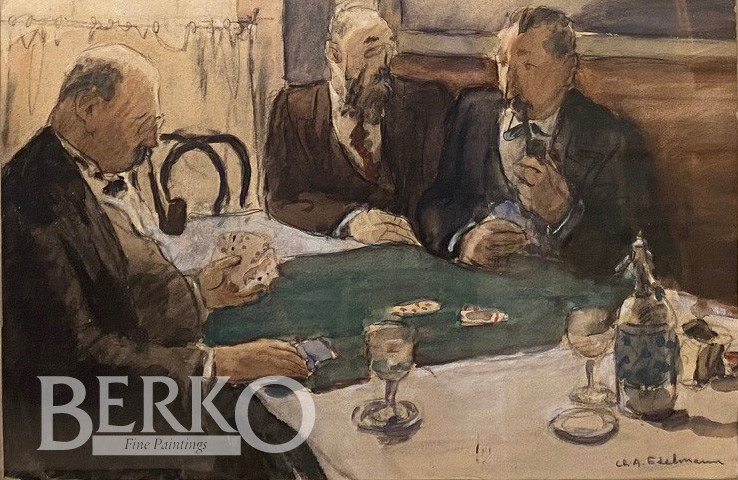 Charles Auguste Edelmann studied at the Ecole des Beaux-Arts in Paris with Jean léon Gérôme and Ferdinand Humbert. In Paris he exhibited at the Salon des Artistes Français, to which he belonged and at the Union des Artistes Alsaciens. He had also solo shows in Strasbourg and Mulhouse.

Edelmann could produce a swift and accurate sketch, knowing just how to evoke the gesture, attitude or detail that reveals character.