Home / Catalogue / THE CROSSROADS AT THE FARM 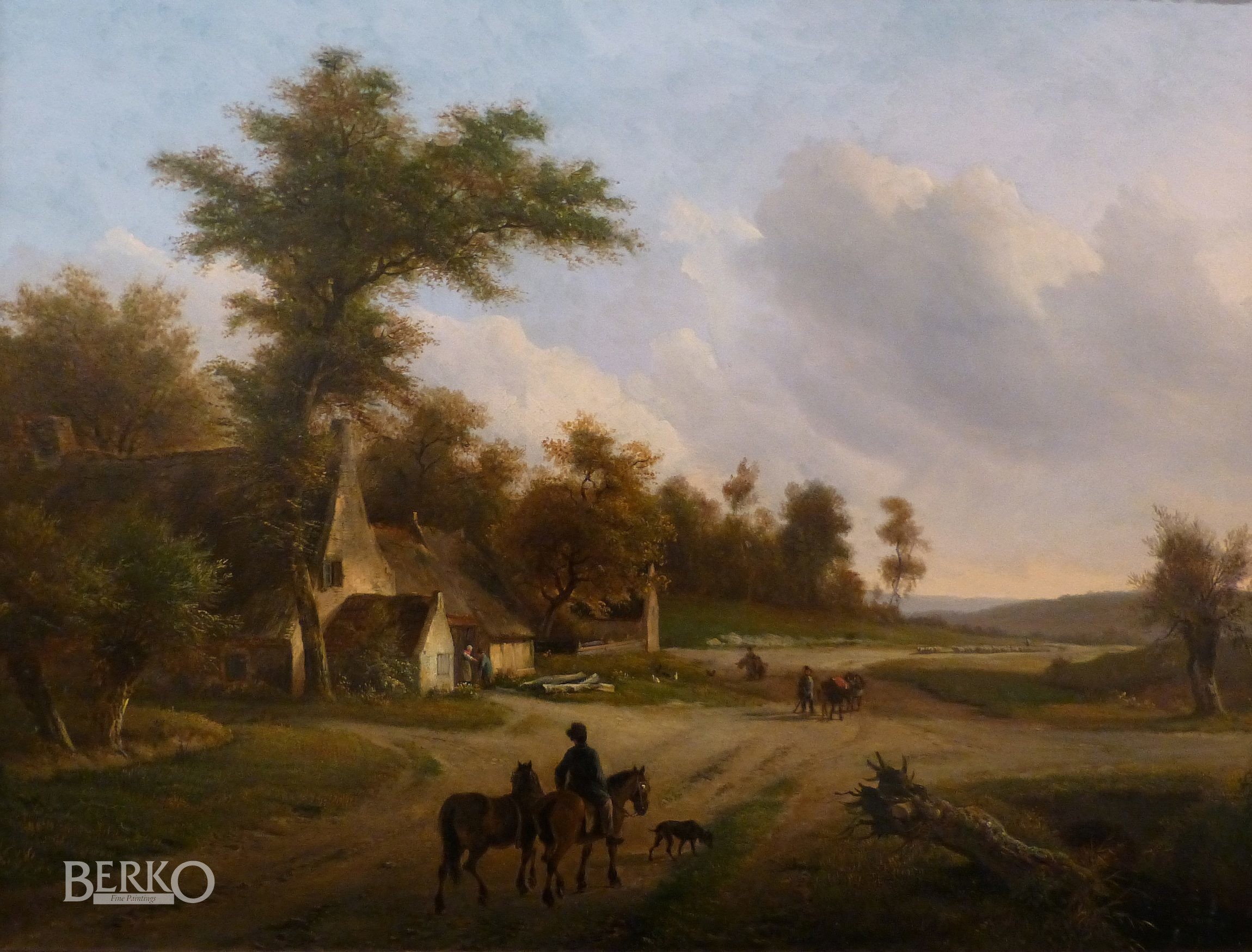 THE CROSSROADS AT THE FARM

Painter of (animated) landscapes and portraits; engraver and lithographer.

Jean-Baptiste De Jonghe was a pupil of the Academy of Courtrai. He studied in Antwerp under Balthazar Ommeganck, from whom he made a portrait. In 1812 in Ghent he was awarded the grand prize for landscape painting by the Société des Beaux-Arts (the Society of Fine Arts). He visited Holland, England, Scotland and France. He was appointed a teacher at the Courtrai Academy in 1826. He received a commission from the Princess of Orange during her visit of Courtrai. In 1840-1841 he painted six views of the Ardennes for king Leopold I. He was a teacher at the Antwerp Academy from 1841 to 1843. He then settled in Brussels, where he died.

Jean-Baptiste De Jonghe was a very gifted painter, who represented nature in a very touching and sincere way. Some of his works have been animated by Eugène Verboeckhoven. He also left some exceptional lithographs and etchings. 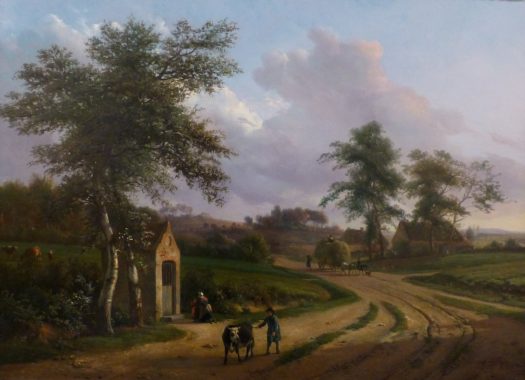