Home / Catalogue / THE ESTUARY OF THE SCHELDT AT VLISSINGEN 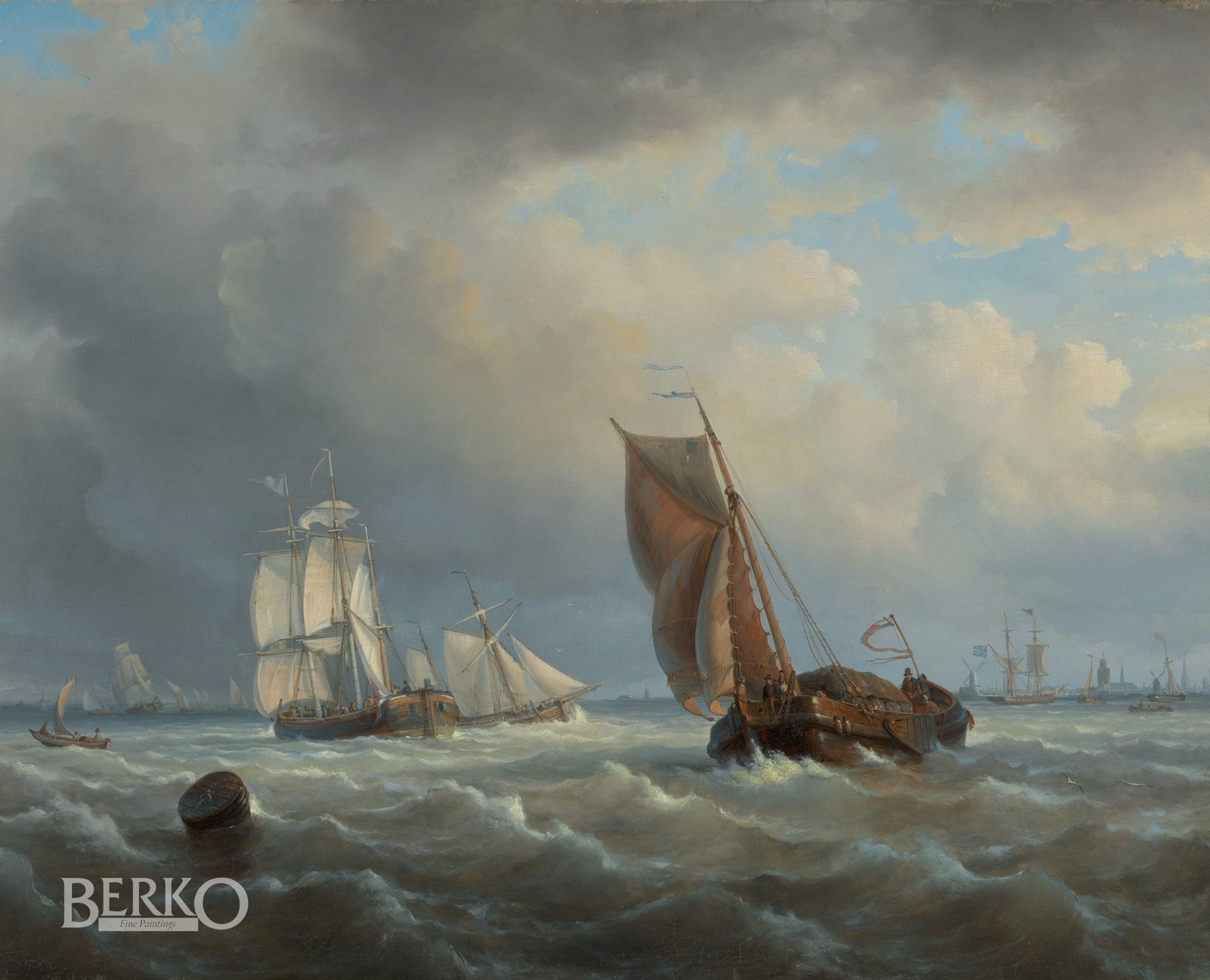 THE ESTUARY OF THE SCHELDT AT VLISSINGEN

Egide Linnig was born in Antwerp on August 25, 1821 and died at an early age in Sint-Willibrords on October 13, 1860. He was the youngest brother of Jan Linnig  (1815-1891) and Willem Linnig the Elder (1819-1885), both painters. Egide showed interest in seascape painting at a very early age. From 1834 until 1842 he studied at the Antwerp Academy of Fine Arts under the guidance of Mathieu Van Bree (1773-1839) and Jacques Van Gingelen  (1810-1864). He often worked from life, mainly along the Scheldt. He made his début as an exhibitor at the 1840 Triennal Show in Antwerp. The following summer, he went out to sea with fishermen in order to study their manoeuvres in minute detail. He later undertook several more short sea voyages. In 1844, the year of his marriage, he visited The Hague with his brother Willem and in 1847 he travelled to Norway. From 1849 onwards, Linnig regularly exhibited in Germany, where his seascapes were very successful. Between 1839 and 1860 he participated at numerous art exhibitions both in Belgium and abroad. Apart from his activities as a painter, Linnig was also a very talented etcher. He is considered as one of the first realist Belgian etchers. His etchings, despite their sound technique, nevertheless retain the character of a spontaneous and dynamic execution. He produced some forty plates, most of them using aquatint, incised in an agile and picturesque manner.
Linnig exhibited for the last time at the Brussels Show of 1860. In October 1860 he died, barely 39 years old. He was an important representative of the Romantic-Realist Period in Belgian seascape painting.

His paintings are always well-balanced, with topographical accuracy  going hand in hand with romantic effects, such as storms, high seas or shipwrecks. Not only does Linnig’s work possess indisputable artistic qualities, it is also of great importance regarding the history of the sea, especially as Linnig worked during the period which marked the evolution from sailing ships to steam ships.