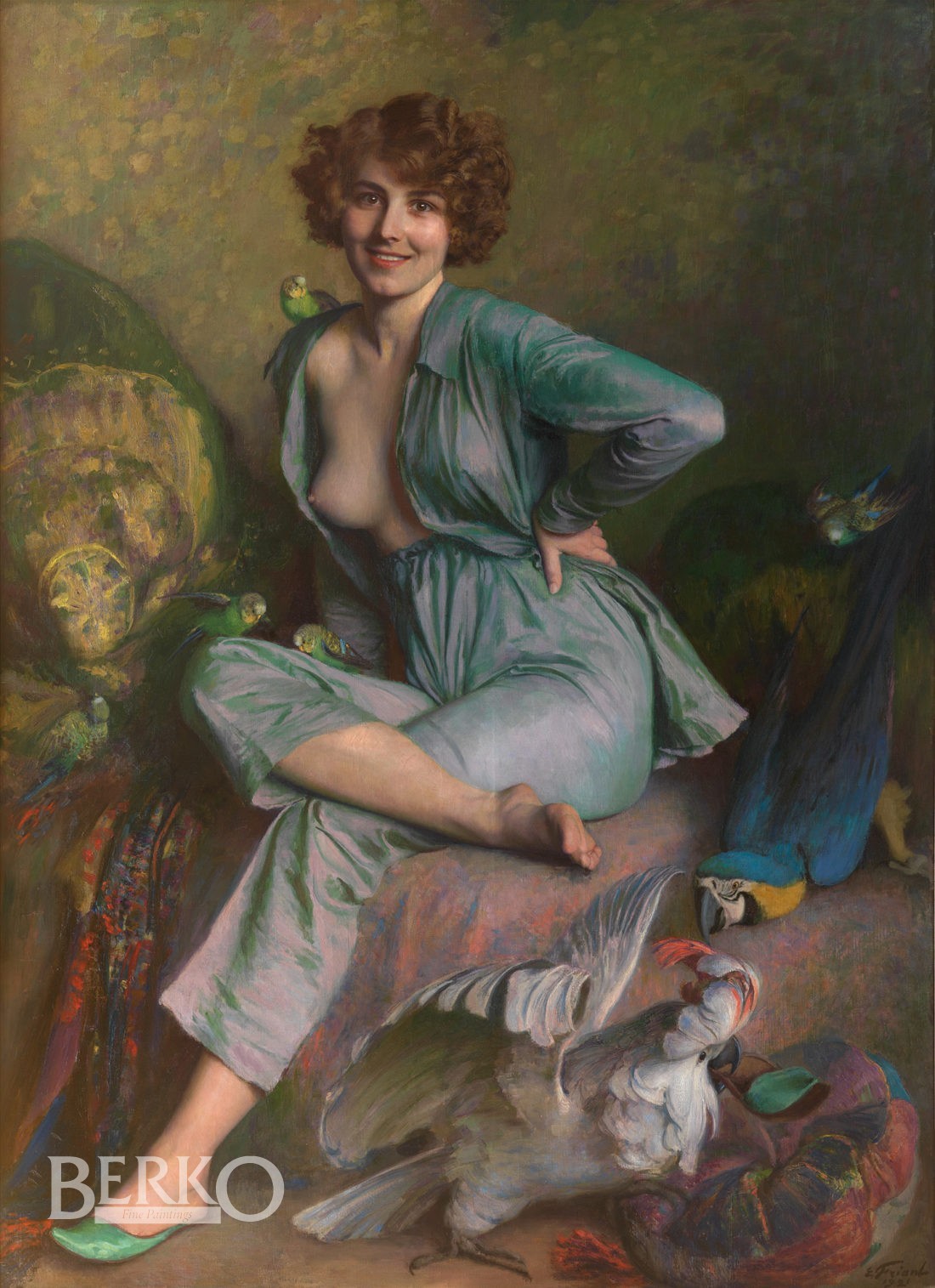 Emile Friant was born in Dieuze on April 16, 1863 and died in Paris on June 9, 1932. He was a student of Alexandre Cabanel and Théodore Devilly. His studies of painting techniques at the School of Fine Arts, combined with an obvious talent, allowed him to expose at the Salons des Beaux-Arts of Nancy from 1878 on, even at the age of only 15. He left Nancy for Paris to exhibit Lorraine subjects, which he painted in the wake of Jules Bastien-Lepage, and portraits. In 1885, he received a travel scholarship which allowed him to visit, while working and learning about nature and the Masters, the Netherlands, Italy, Malta and Tunesia. He won the Second Prix de Rome for paintings in 1883 and the gold medal on the Paris Exposition Universelle of 1889. He was made professor at the Ecole Nationale des Beaux-Arts and became a member of the Institut de France and the Société des Artistes Français. He was also an old-member of the Comité de la Société Nationale des Beaux-Arts. In 1931 he was named Commander of the Légion d’Honneur.

The realism of his works leans close to the precision of photography. Emile Friant had great qualities in observation and a perfect and precise technique.