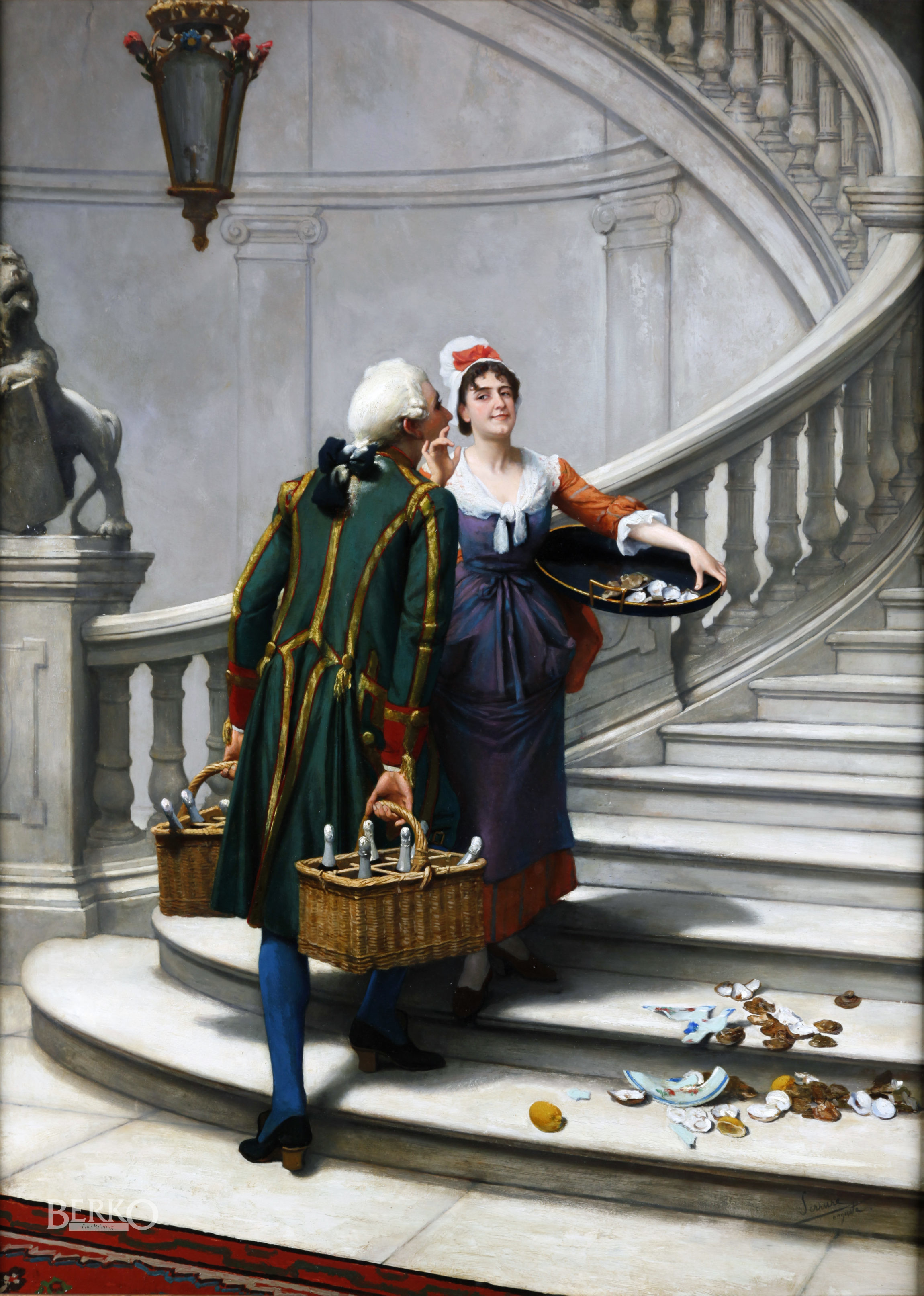 Auguste Serrure was a pupil of Ferdinand De Braekeleer at the Antwerp Academy. At the beginning of his career, he followed his master’s style and themes. Later on he situated his genre scenes in the 17th century in bourgeois circles and meticulously copied its interiors and cloths. He was particularly interested in the depiction of costumes and décors. He exhibited at the Exhibition of Belgian Art in Brussels in 1905.