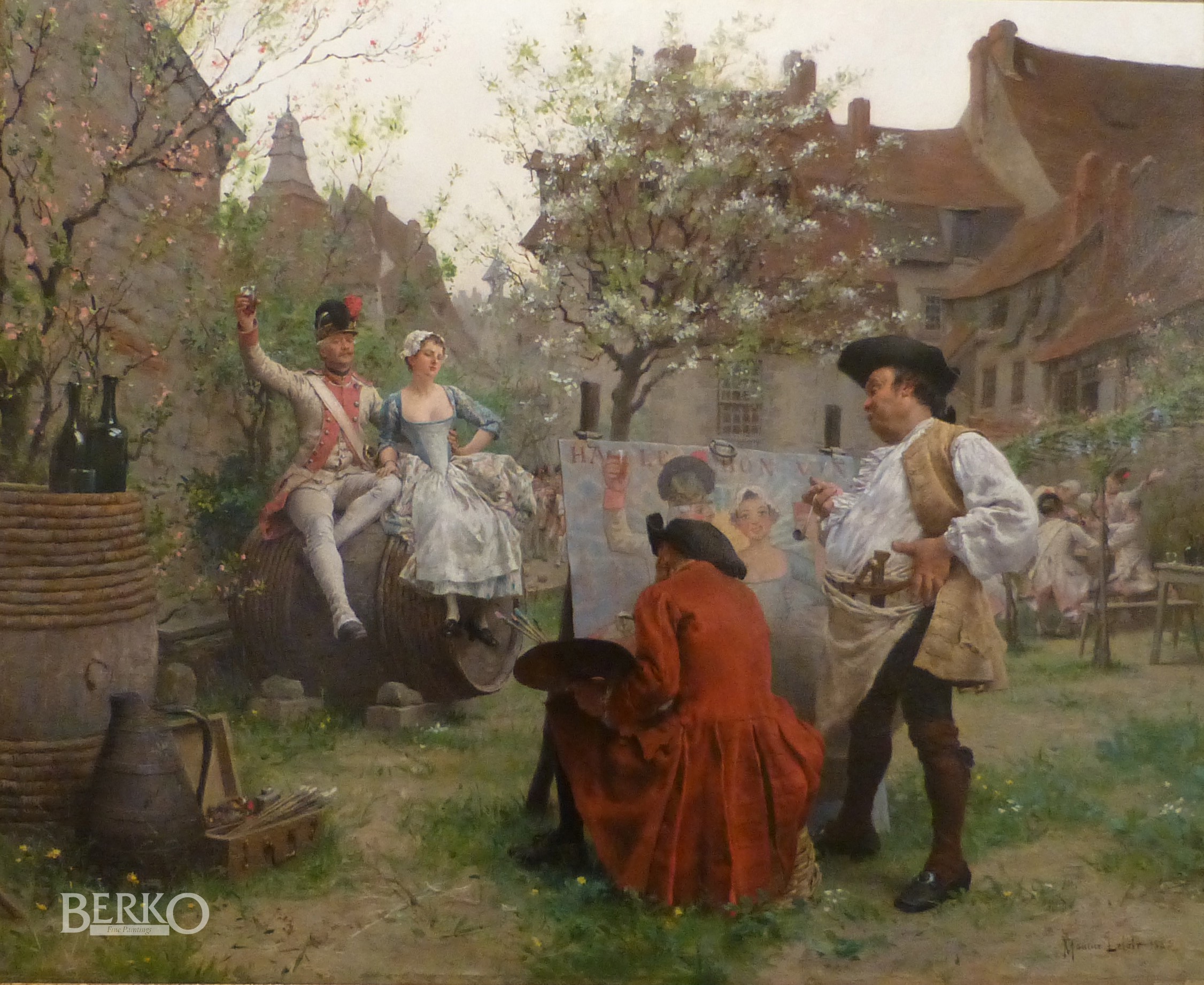 Maurice Leloir was a very meticulous painter and a true perfectionist. He was the son of Jean-Baptiste Leloir and the watercolourist Heloïse Colin and brother of Alexandre Louis Leloir, whose pupil he was. From 1876 to 1889 he exhibited as a member at the Salon des Artistes Français in Paris. In 1906 he founded the Société de l’Histoire du Costume with Edouard Detaille and Maurice Maindron. He gave a large number of works to the city of Paris and these formed the basis of the collection of the Musée de la Mode et du Costume. Leloir was chairman of the Société des Aquarellistes Français.

In 1928, at the request of Douglas Fairbanks, he left for Hollywood, where he was artistic director of the movie “The Iron Mask”.

Maurice Leloir is regarded as a painter par excellence of historical subjects.