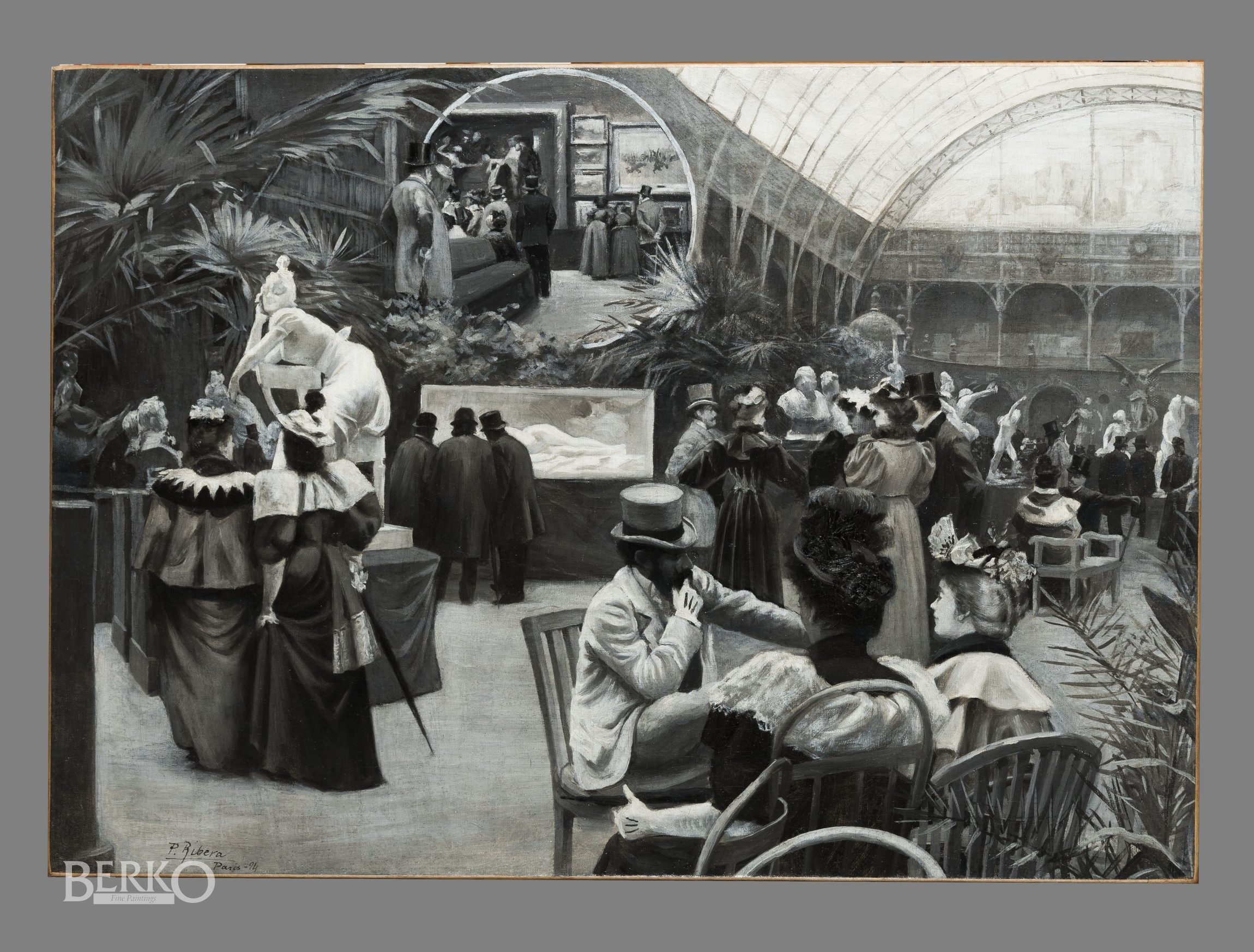 Originally from Madrid, Pedro Ribera settled in France, where he was a pupil of Léon Bonnat and Albert Maignan in Paris. Between 1900 and 1930 he made numerous trips to the Far East, the Maghreb and South America. He took part in the Salon des Artistes Français, winning a third class medal in 1907. He painted two decorative panels for the great room of the casino in Monte Carlo.

Probably meant to be depicted in an illustrated newspaper, this painting is a rare representation of the most important national artistic event, the Salon, which was held every year in the enormous gallery of the Palais de l’Industrie. Built on the Champs-Elysées on the occasion of the World Exhibition of 1855, it was demolished in 1896 to make way for the Grand Palais and the Petit Palais. Under a large glass domed roof supported by a metal structure, the statues were displayed in the midst of a lush decoration of plants, just like in a winter garden. The crescent-shaped canopy at the end of the gallery was decorated with an allegorical stained-glass window that Ribera suggests here. Between the depicted sculptures one can clearly distinguish ‘An Elegant Lady During The Empire’, a marble statue of Van der Straeten (n° 3656), and just behind it a large bas-relief of Denys Puech, ‘La Seine’ (Nr. 3512), which is admired by three gentlemen with top hats. As an image in the image, Ribera displays a gallery with paintings in a circle – complementary to the axis of the sculptures – and shows in a humorous way the backs of the visitors leaning over the paintings on the bottom row. He also excels in displaying the group of mundane visitors who observe the works or talk between the green plants, on the chairs or benches, which are at their disposal.