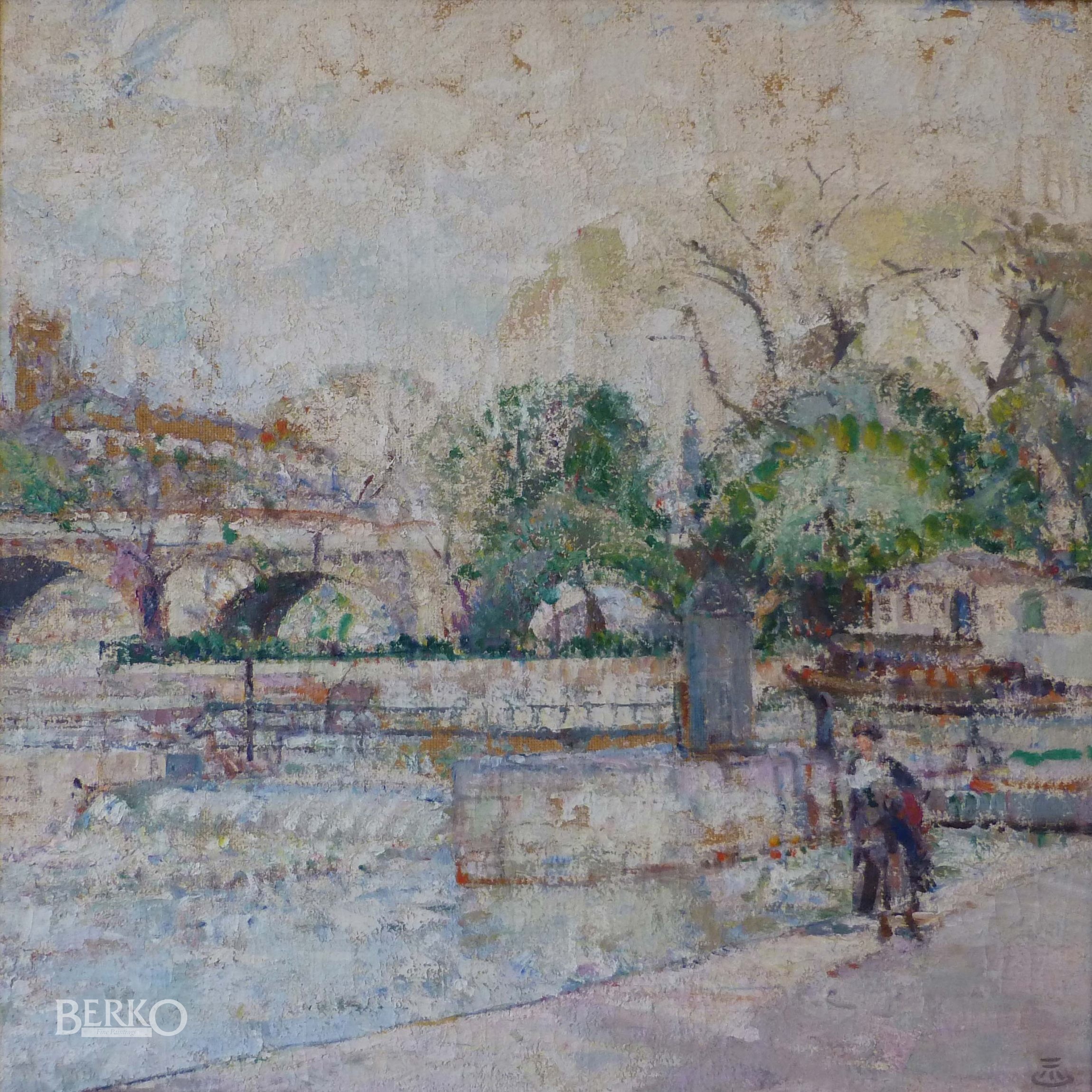 THE PONT NEUF IN PARIS

Oil on canvas laid down on panel: 61 x 61 cm / 24 x 24 ins
Monogrammed lower right; inscription and labels on the back

Marcel Jefferys was born in Milan as the son of Belgian parents. He returned with his family to Brussels in 1880 and studied under Henriette Ronner and her son Alfred. He made his exhibition debut in 1892 and went on to exhibit in Ghent, Brussels, Munich, Berlin, Glasgow, Prague and Bordeaux. Jefferys spent long periods in Paris and London, but also travelled elsewhere in Europe. In Paris, he was a regular exhibitor at the Salon de la Société des Beaux-Arts, becoming a member of the Society in 1908. He was also a member of the artistic circle ‘Pour l’Art’.

Like Whistler and Monet before him, Marcel Jefferys found inspiration in the fogs that swirled about the Thames in London, but he was equally at home painting clear and shimmering landscapes in and around the Paris region. 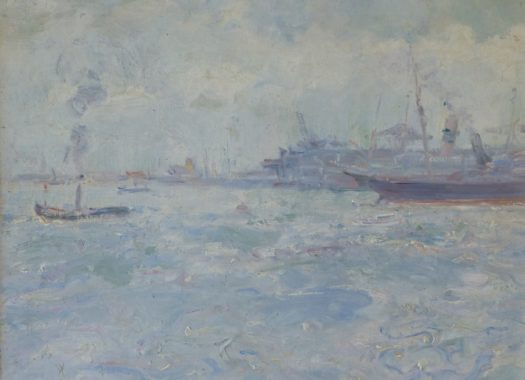 JEFFERYS Marcel
THE HARBOUR OF ROTTERDAM