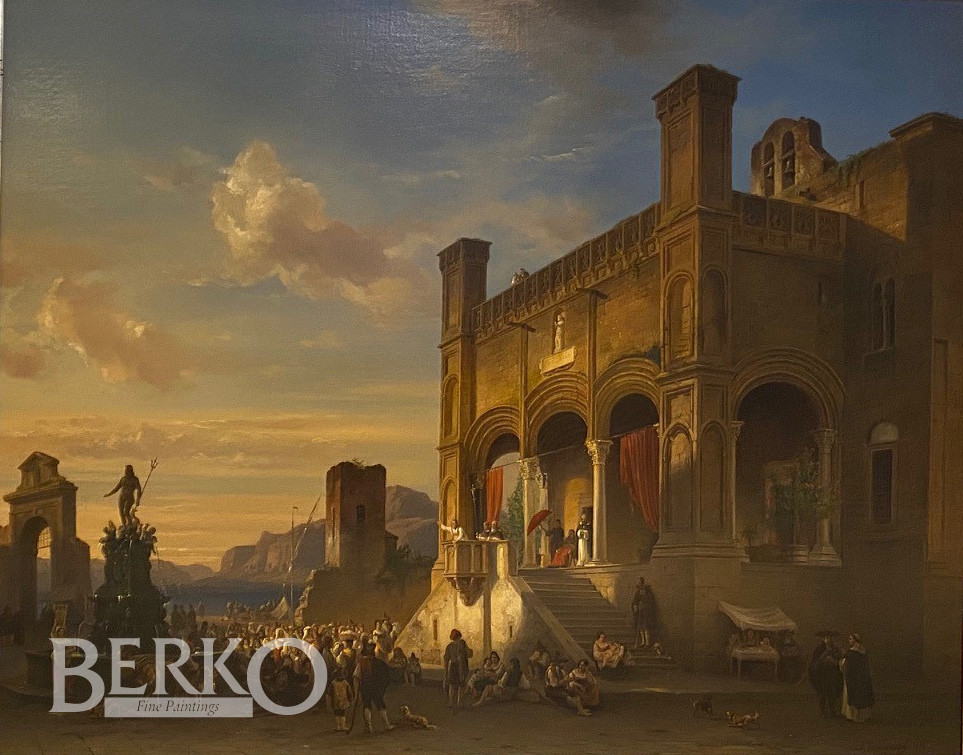 Romantic and realist painter of town views and animated landscapes; illustrator, engraver and watercolourist.
Yvon Vermeersch studied at the Ghent Academy under Pierre François De Noter (1824-1828), and then under Pierre Poelman. He had a preference for church views, town views, picturesque spots with figures and landscapes. He left Ghent around 1841 and went on a series of study trips to Lorraine, Bavaria, the Rhineland, Tyrol, Italy and Sicily. He finally settled down in Munich. He received the patronage of King Louis I of Bavaria and enjoyed an enormous success with his German and Italian landscapes. He continued to send paintings to the Salons of his native country, notably to Ghent in 1841 and to Antwerp in 1849 and 1852. He also signed J. or I. (Ivo) Vermeersch.

The Santa Maria della Catena (English: Holy Mary of the Chain) is a Roman Catholic church in the Sicilian capital Palermo. The church building is located between the Via della Calla and the Corso Vittorio Emanuele, south of the harbor. The chain in the name of the church refers to the chain that used to close the harbor at night near the church. The church was built between 1490 and 1520 in the Catalan Gothic architectural style. A loggia with three arcades leads to the entrance of the church. The interior consists of three naves and high columns that were renovated in the eighteenth century in Baroque style. These Baroque decorations have since been removed to reveal the church’s original appearance. 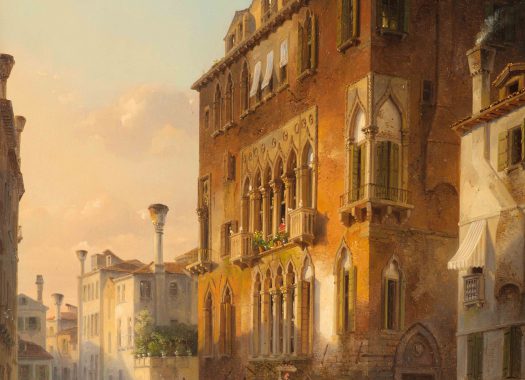 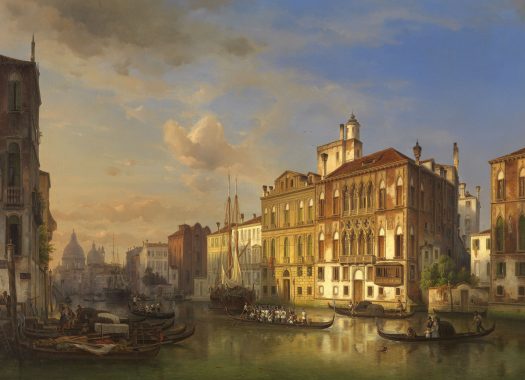