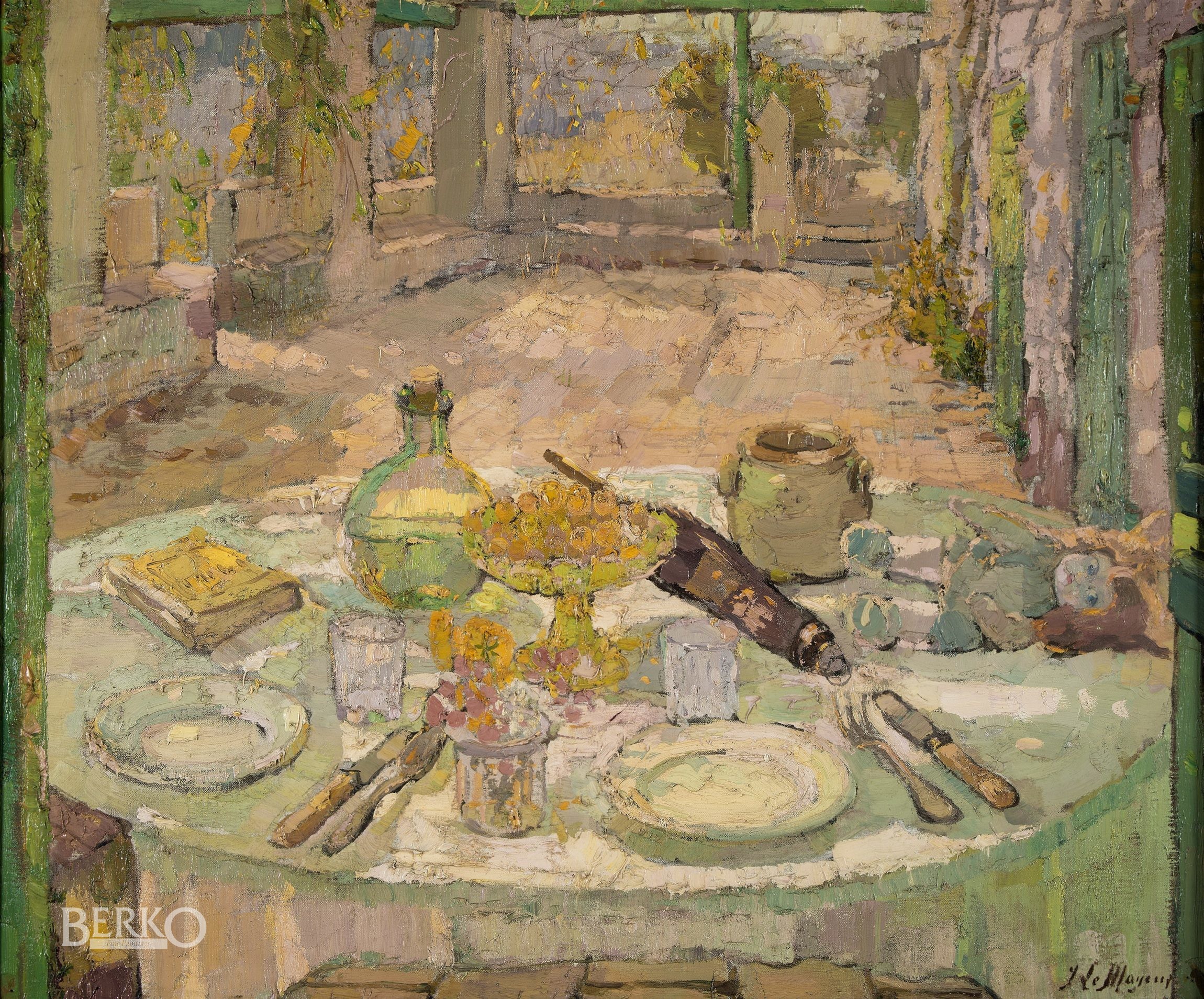 Jean Le Mayeur was the son of the seascape painter Adrien Le Mayeur de Merprès and a pupil of Ernest Blanc-Garin. He exhibited with La Libre Esthétique (1906 and 1914). During WWI, from 1916 onwards, he was a war volunteer. In that same year he was enlisted in the Artistic Section. He exhibited in Switzerland in 1917 at the ‘Exposition des peintres du front belge’.

Le Mayeur lived an adventurous life, travelled a lot and settled in Bali in 1932, where he married his favorite model, the dancer and choreographer Ni PoLlok. He there painted compositions with figures, Balinese women and nudes, outdoor paintings and landscapes. He expressed himself in a luminist realism characterized by thick layers of paint generously applied with a spatula and vivid colors.