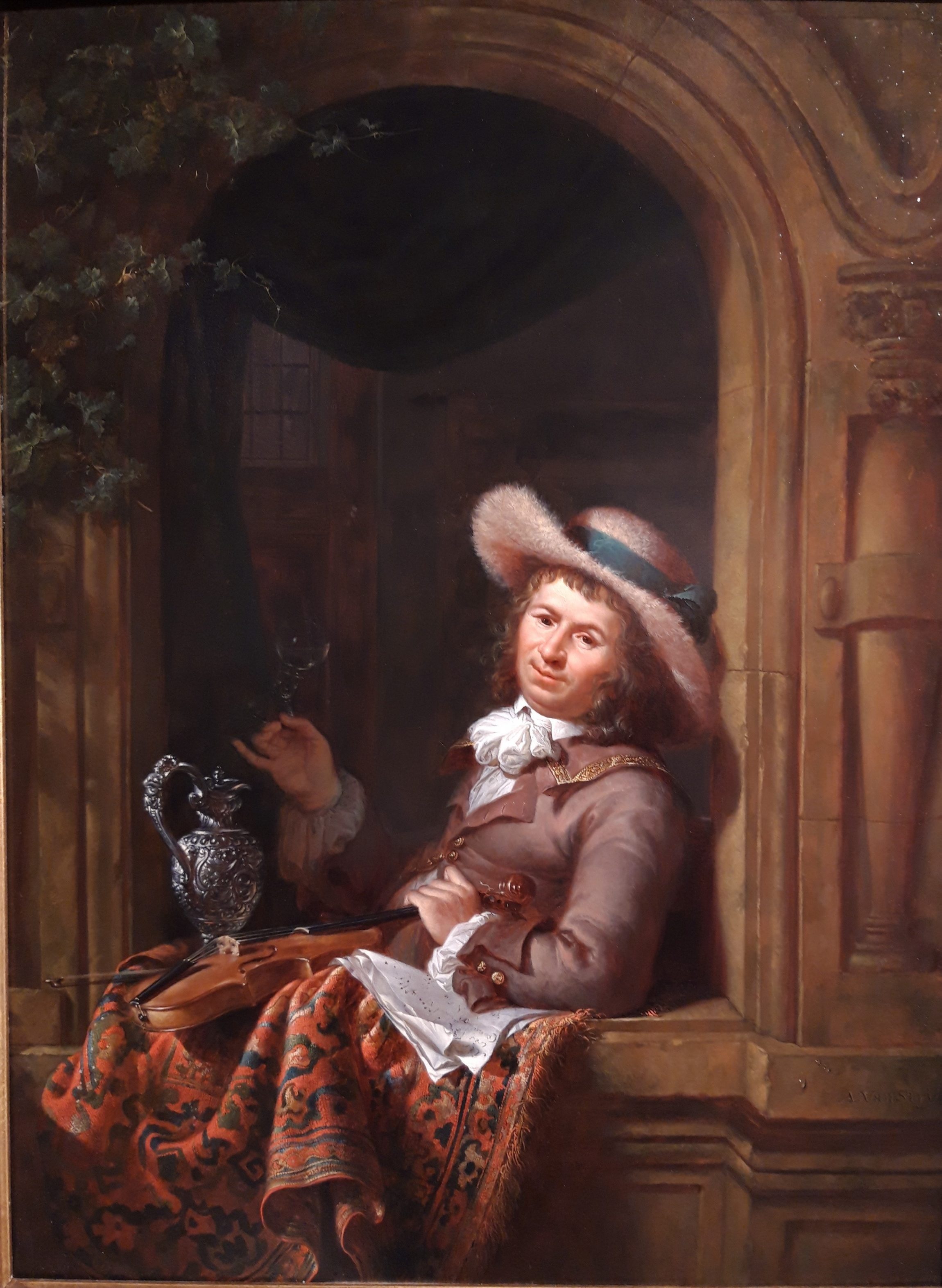 Abraham van Strij was the brother of Jacob van Strij. He lived and worked in Dordrecht. He worked in the painters’ supply shop of his father, Leendert van Strij. Later on, he became a pupil of Joris Ponse. He was very well-known as a painter of wallpapers and jewels, but he was most famous for his works inspired by Metsu and de Hoogh. He was a member of Pictura in Dordrecht and later became its president.