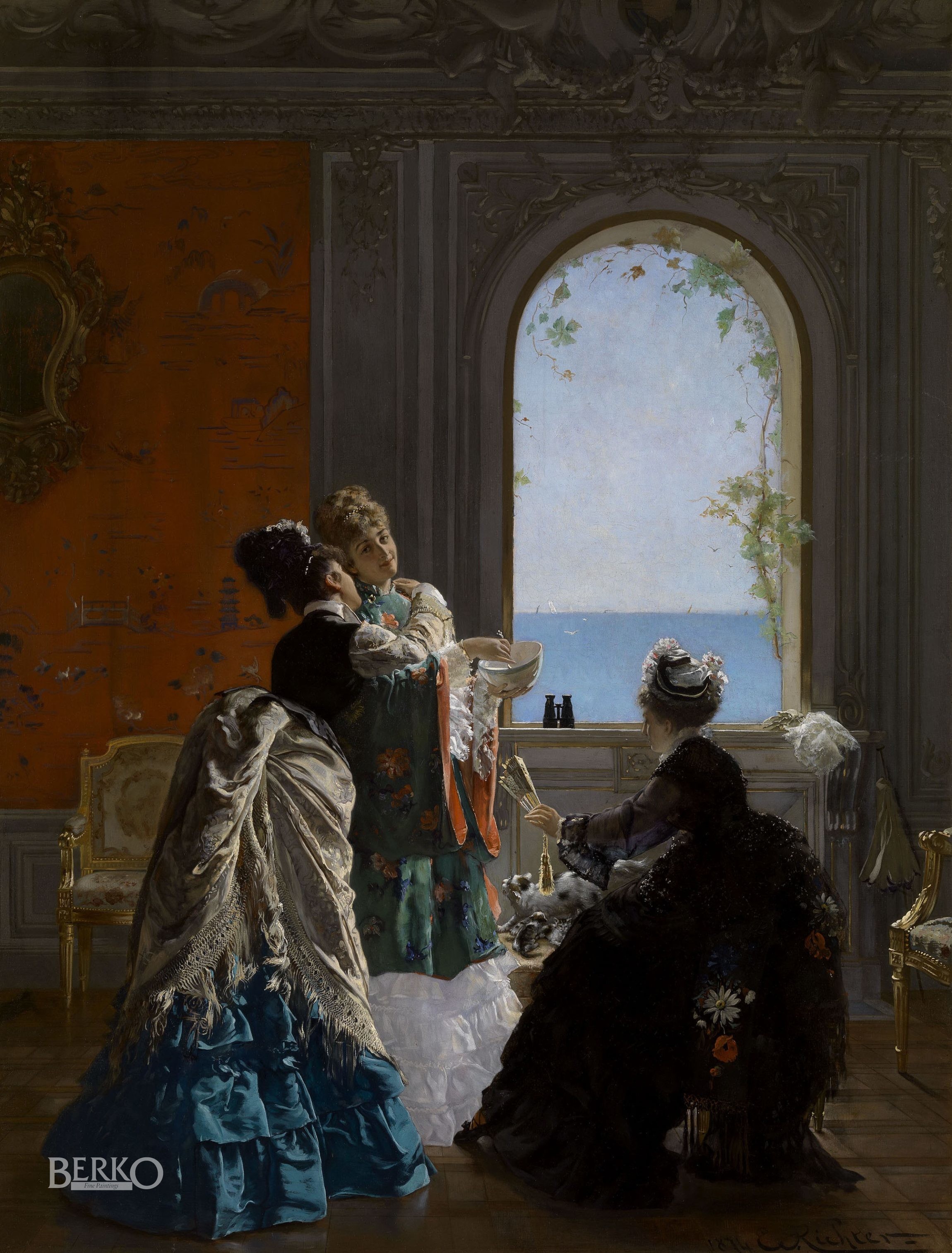 Born to a Dutch mother, Edouard Richter began his studies at the Academy of Fine Arts in The Hague and then went to Antwerp. He continued his education at the Ecole des Beaux-Arts in Paris, where he studied under Hébert and Bonnat. He made his debut at the Paris Salon of 1866. In 1883 he became a member of the Salon des Artistes Français, where he had received an honorable mention in 1881. He was awarded a third class medal in 1901 and a second class medal in 1902. He continued to appear at the Salon until 1904.

Richter was very popular both as a portrait painter and an orientalist.

This particular painting, “Visite à l’accouchée”, is mentioned in the Bénézit (Volume 11, page 1020) in a Parisian auction of 1875.