Home / Catalogue / VISITORS TO THE LOUVRE IN PARIS 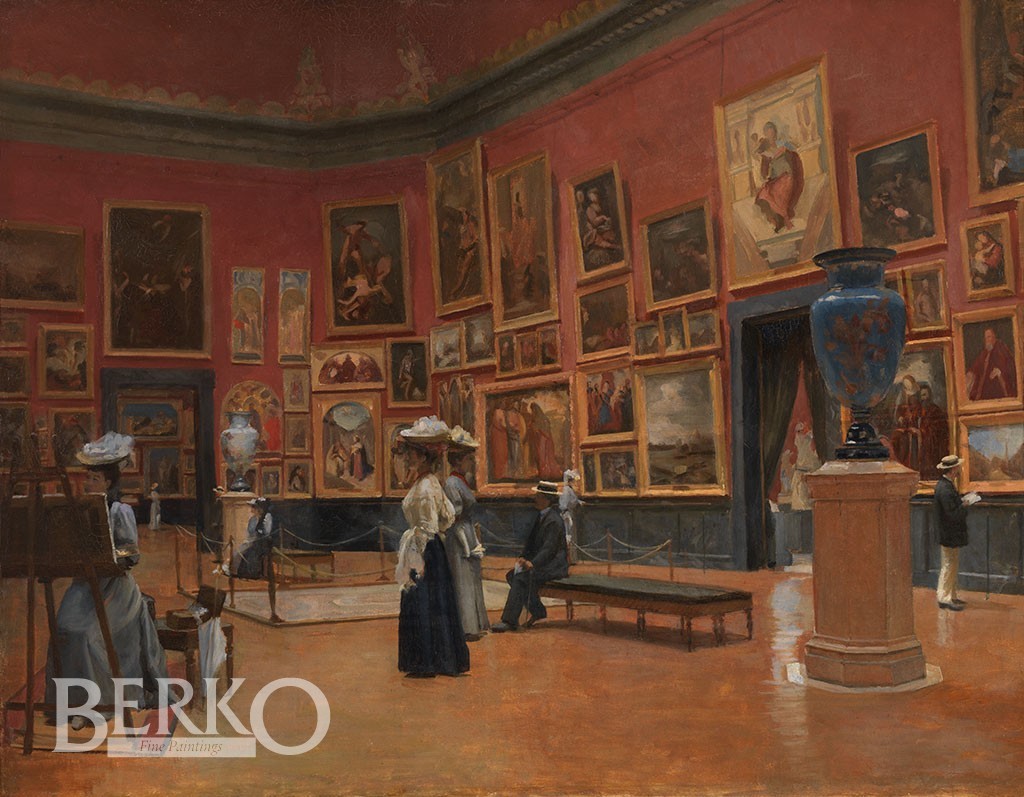 VISITORS TO THE LOUVRE IN PARIS

Jules Bernard was admitted to the ‘Ecole des Beaux-Arts’ in 1873 as a pupil of Isidore Pils and Ernest Hébert. He made his Salon debut in 1875 and exhibited regularly in Paris. His works were included in the Grenoble Museum’s 1982 exhibition: “The Nature School in the Dauphiné in the 19th Century”. During the 20th century, his work featured in a number of themed exhibitions. Bernard’s delicate landscapes and diligent portraits were the object of his own severe self-criticism before he consented to show them in public.