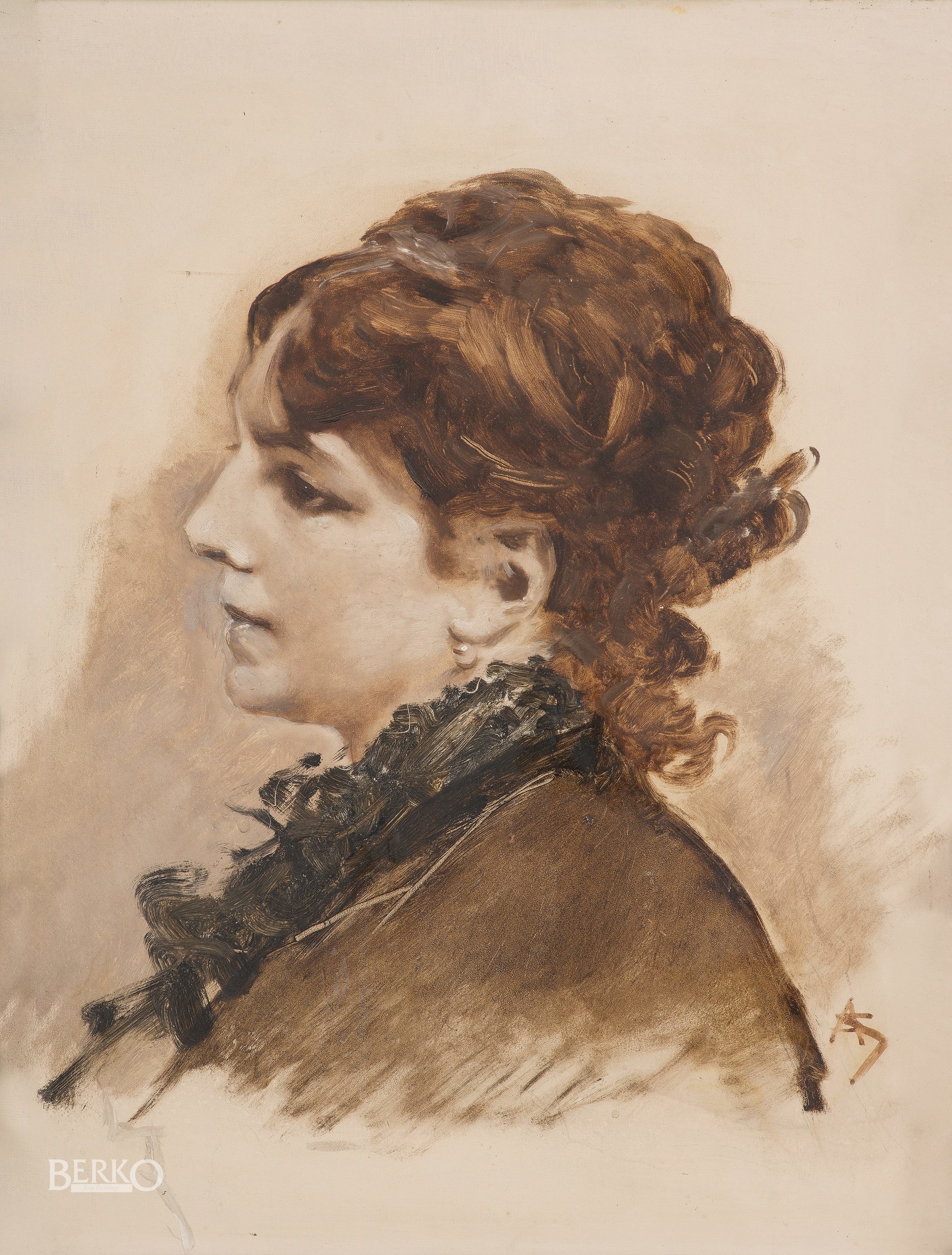 Alfred Stevens was the brother of Joseph Stevens and a pupil of François-Joseph Navez at the Academy of Fine Arts in Brussels (1834-1841), of Camille Roqueplan at the Ecole des Beaux-Arts in Paris and later on of Florent Willems. Gustave Courbet and Henri Gervez both painted his portrait. Stevens regularly exhibited at the Brussels Salon from 1851 onwards as well as in Paris and abroad. He was awarded a first class medal at the 1867 Exposition Universelle. He settled down in Paris in 1852. Charles Baudelaire and Gustave Flaubert were regular visitors to his studio and he met several Impressionist painters, including Edouard Manet and Berthe Morisot. From 1880 on, he managed a free Academy for young ladies. Sarah Bernhardt, to name but one, was one of his pupils.

Stevens depicted the frivolity of the Second Empire. He had a very precise style and a bright palette, full of light.

Eugénie Gruyer-Brielman, born Henriette Eugénie Clet in Grenoble on November 2, 1837 and died in Sassenage on December 5, 1921, was a French painter and draughtswoman. 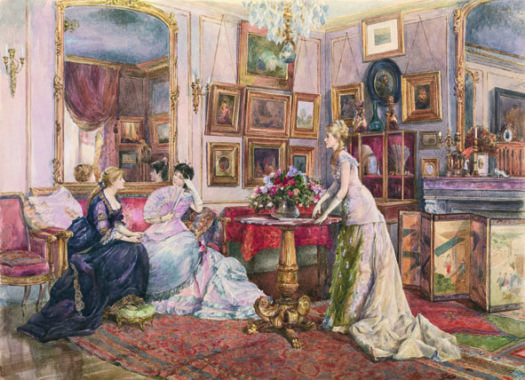