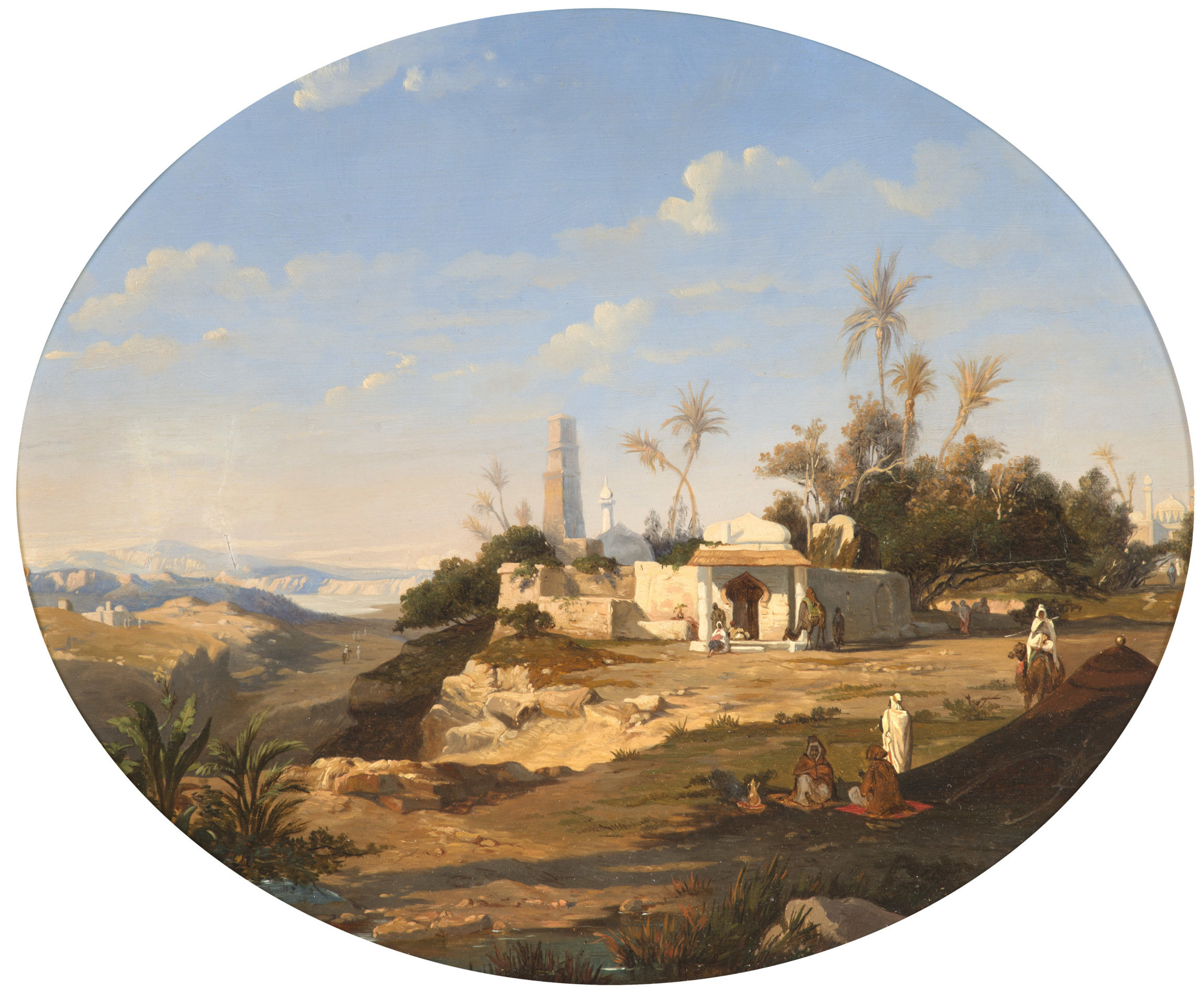 Edwin Weeks went to Paris to follow the courses taught by Jean-Léon Géro^me and Léon Bonnat at the Ecole des Beaux-Arts. He then travelled to Morocco, Algeria, Egypt, Palestine and India in 1882. He wrote a book on Moorish art.
Weeks was a member of the Société des Artistes Français founded in 1881 and he won a number of awards: an honourable mention in 1884, a third class medal in 1889, Chevalier in the Légion d’Honneur in 1896 and a gold medal in 1900.
He also contributed writings and drawings to Harper’s Magazine and Scribner’s Magazine. As a painter, he devoted himself almost entirely to painting oriental scenes in which he showed much charm, both in his choice of captivating subjects and in his technique: an interesting stylistic approach reminiscent of Delacroix but which also contained references to the Pre-Raphaelites as well as borrowing from Impressionism, and particular from Renoir, in his loaded yet light brushstroke and in the play of splashes of light through the shadows.