Home / Catalogue / A FEMALE OF THE BLACK COCKATOO 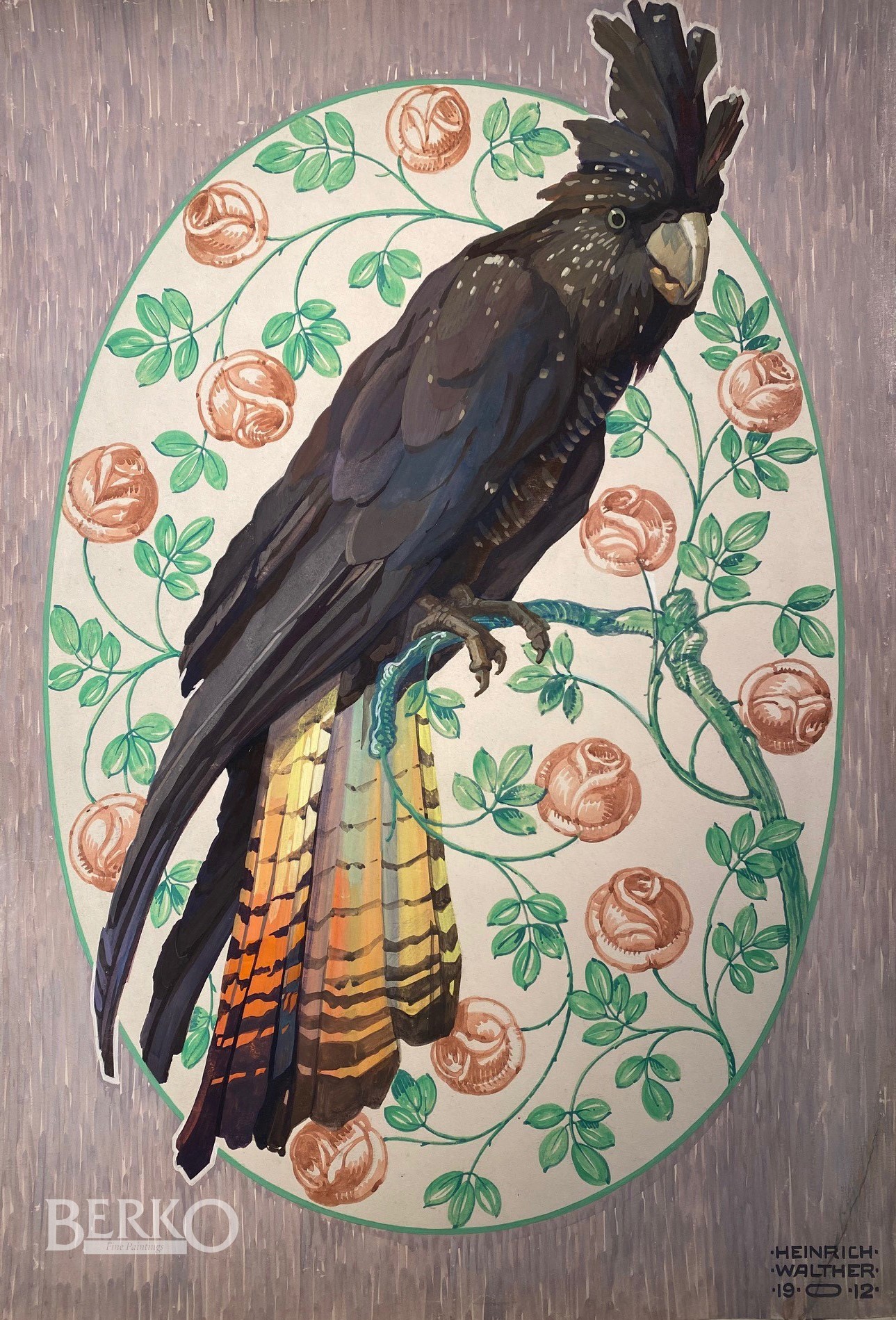 A FEMALE OF THE BLACK COCKATOO

Linde-Walther became a student in the photography department of the Graphic Education and Research Institute in Vienna. From 1887 to 1889 he worked as a photographer and colourist for Ignaz Heimann in Cairo. From 1891 to 1894 he studied at the Munich Academy with Gabriel von Hackl and Paul Hoecker, from 1895 to 1898 in Paris at the Académie Julian. He then traveled to Sweden, The Netherlands and Spain.
He lived in Berlin from 1900, became a member of the Berlin Secession in 1902 and later also a member of the German Association of Artists. Another trip to Spain followed in 1905. Until 1914 he stayed annually in Paris and Normandy. In 1919 and 1928 he had solo exhibitions in Lübeck.

He gained fame primarily through landscape paintings and still lifes, as well as through numerous portraits of children, which were often made on behalf of customers and therefore mostly remained in private ownership.

Linde-Walther also worked as a book illustrator, for example for A. Molling & Comp’s books, which are primarily intended for children.

The male of the black cockatoo has a red tail and the female has a yellow tail.