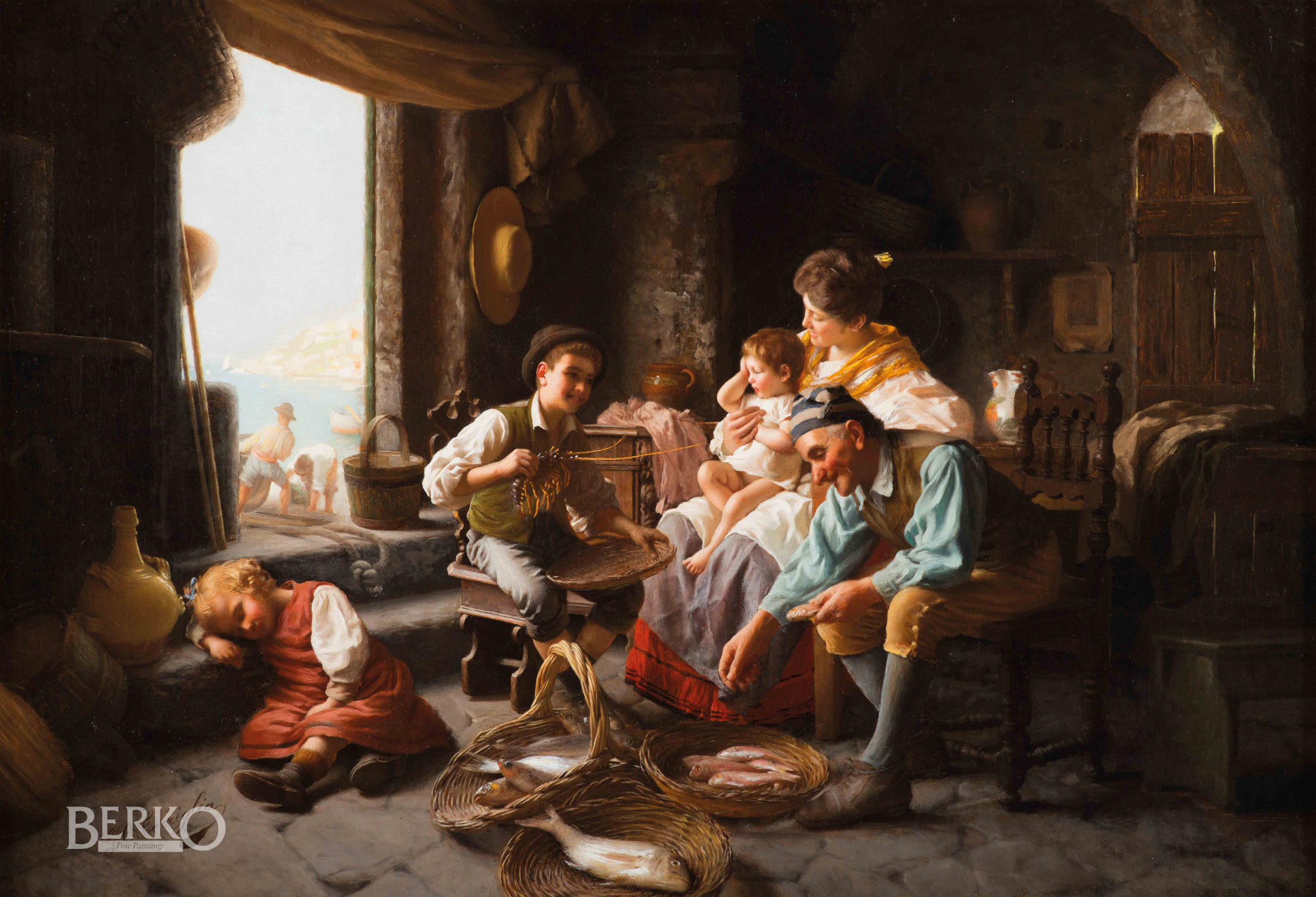 Giovanni Battista Torriglia was a student at the Academy for Languages in Genova ​​from 1875 to 1882. In 1886 he won the Durazzo scholarship. He continued his education in Florence, where he became friends with Nicolo Barabino and Tito Lessi. He settled there permanently in 1901.

Torriglia mainly painted religious and historical subjects and genre scenes in a moderate realism. He had a preference for subjects from daily life, domestic interiors and many proverbial personages, meticulously executed and in his own way, with which he reflected the prevailing taste of his time in the scenes itself.

He has worked a lot in Sestri Levante, one of the most beautiful villages in Italy.