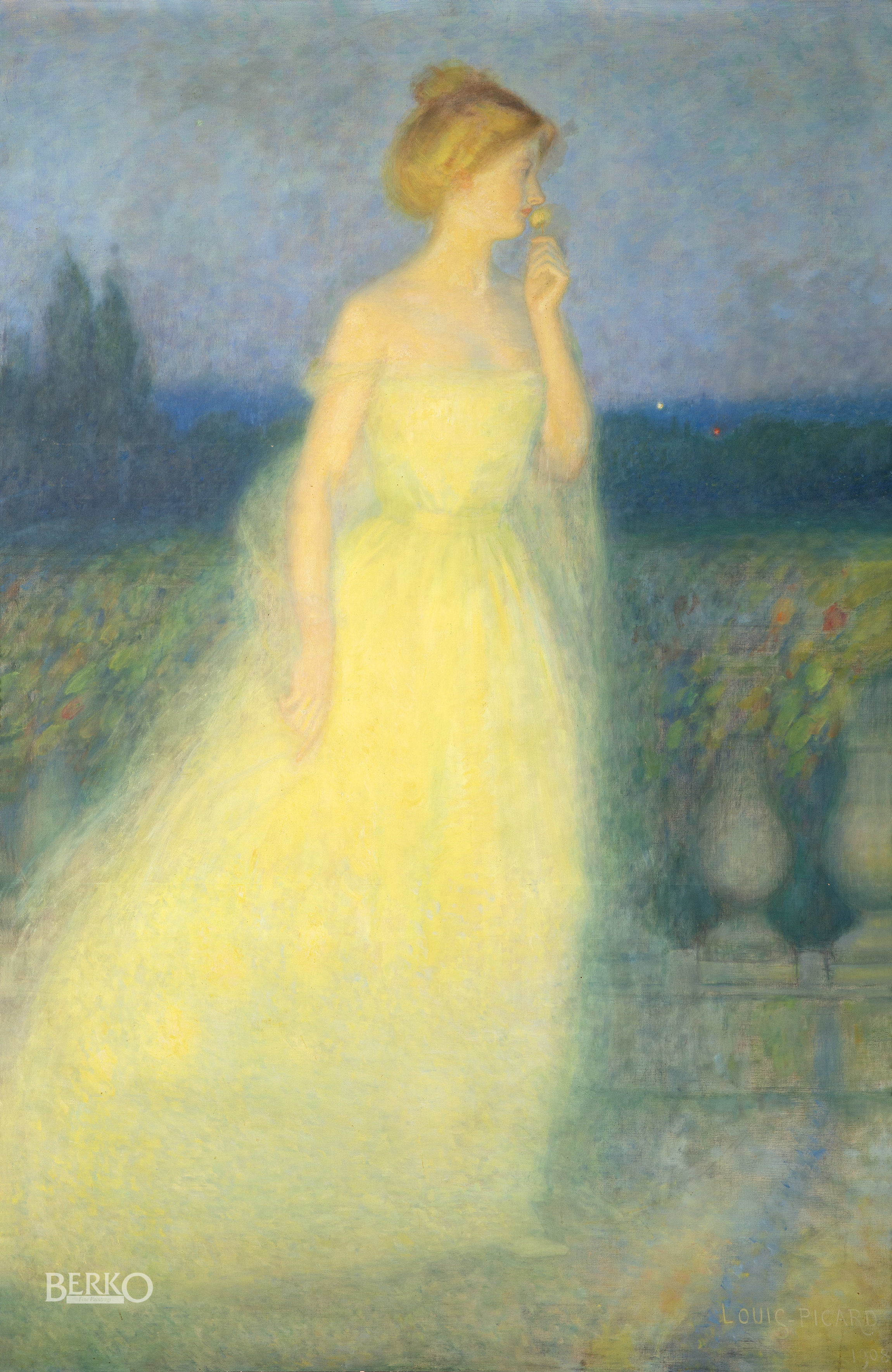 A FLOWER SMELLING A FLOWER

Louis Picard, the older brother of Georges Picard, studied in Paris with Jean léon Gérôme at the Ecole des Beaux-Arts. He exhibited in Paris at the Salon des Artistes Français from 1882 and won an award in 1887. He received a silver medal and the Legion d’Honneur at the Exposition Universelle of 1900 and a silver medal in 1890 at the Société Nationale des Beaux-Arts, of which he was a member.

Picard often painted women in thoughtful poses against a softly colored, desolate landscape, for example “Young Woman Smelling a Rose” from 1902 and our painting dated 1908, as also explicitly stated in the Bénézit.